The only case of a Prime Minister directly elected by the voters can be found in the recent Israeli political experience. The system has not worked satisfactorily and after three elections has been abandoned. Even the most powerful of the Prime Ministers, that is, the British Prime Minister, derives his powers not from a direct popular election, but from his/her being the leader of the political party that has won an absolute majority of parliamentary seats. For this reason, he/she may be replaced by his/her parliamentary party, as has been the case, in the post-war period, for Anthony Eden, Harold MacMillan, Alec Douglas-Home, Harold Wilson, and Margaret Thatcher. In this article, the author criticizes the recent Italian proposals for an elective Prime Minister as a solution to the problems of the weak and non-cohesive political coalitions and of the difficult relationship between government and Parliament. The major contention of this article it that most of the problems derive not from the lack of formal institutional powers in the hand of the Prime Minister, but from the imperfect electoral law that does not reduce the number of parties and gives much leverage to small parties. 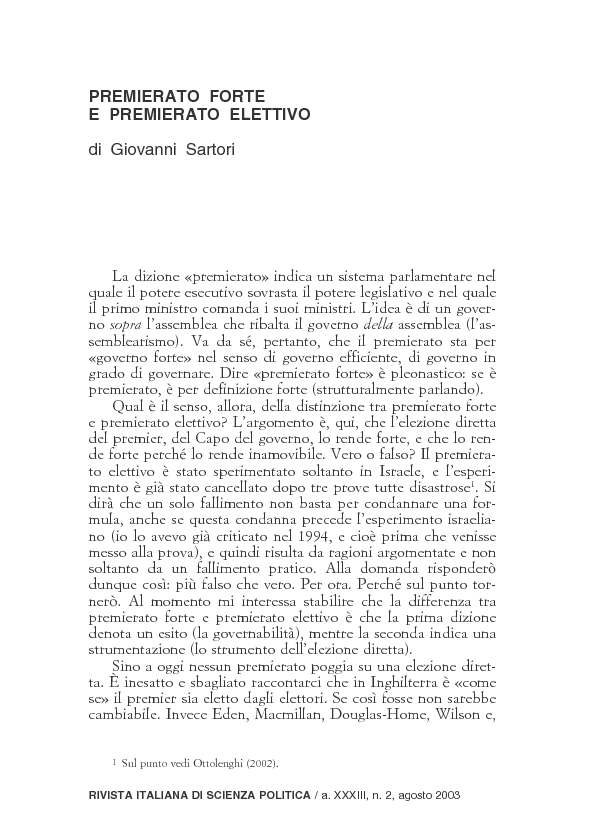