This paper presents a general equilibrium endogenous growth model in which public spending is divided between public productive services and public consumption. A distinguishing feature of the model is the assumption that both components of public spending can be overused and, thus, congested by the private agents. We study the second-best dynamics of the model and prove that it is determinate. In addition, we show that, although there could be different outcomes for the second-best problem, the optimal second-best policy is unique. Finally, the relationship between congestion and the optimal second-best policy, on the one hand, and congestion and the equilibrium growth rate, on the other, is established. 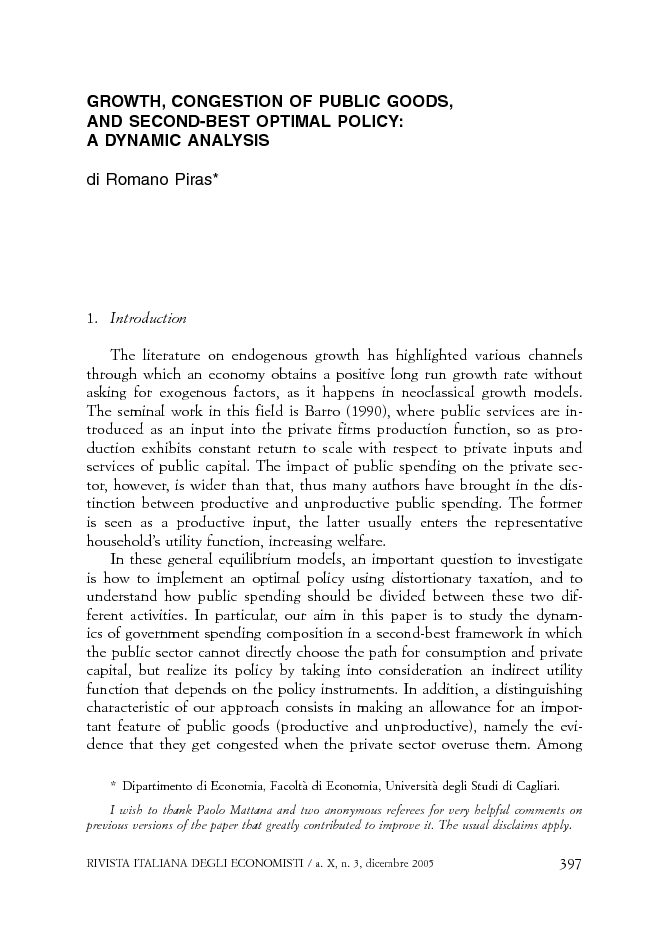