The aim of this paper is to investigate the factors determining the "speed" of transition between a temporary/precarious job towards a stable one in the Italian regional labour markets. In this context the importance of individual human capital is widely recognized by the economic literature. Nevertheless, education is not the only variable affecting this kind of labour market transitions. In this paper, in order to have a better understanding of the transition processes to stable employment in Italy, I developed a theoretical model in which the intensity of transition between temporary and stable jobs depends on individual human capital and unemployment rates at regional level. In particular, the claim is that higher rates of unemployment at regional level would reduce the new entrants' wages and would contribute to increase the minimum level of education for the investment in training, and the subsequent confirmation of a temporary worker on the expiry of a fixed-term contract, to be profitable for the firm. To test this hypothesis I estimated a discrete time duration model with gamma-distributed unobserved heterogeneity, based on ECHP data for Italian regions (1995-2001), disaggregated at territorial level. Results are consistent with the implication of the theoretical model. 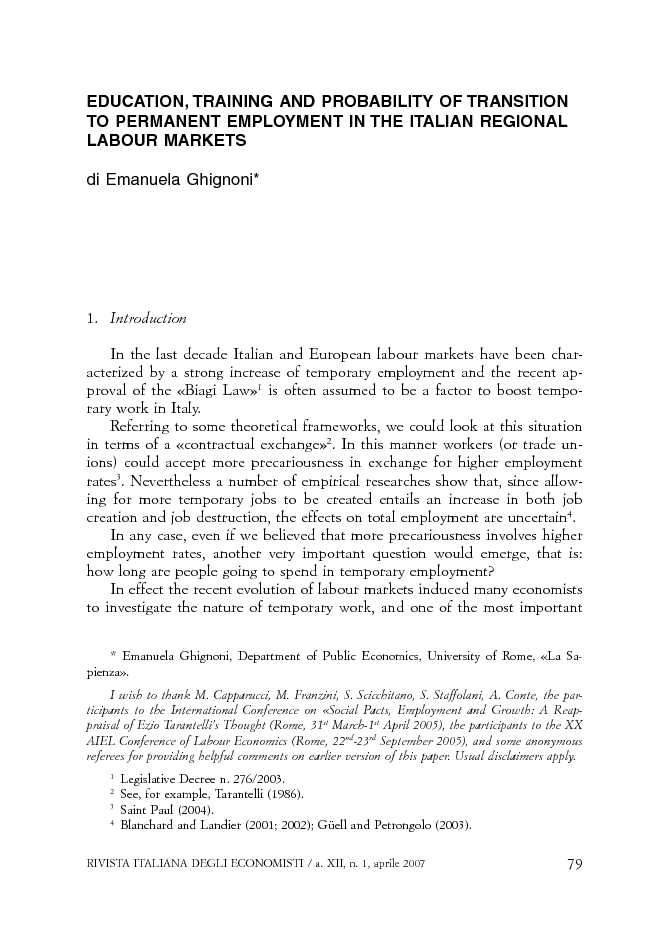