The present economic and financial crisis is taking place at the climax of a period in which mainstream economic theory, on the one hand, and global financial liberalization on the other, had given credit once again to the self-regulatory ability of markets, which also seemed to find confirmation in the results of the «Great moderation» (high growth rate and low inflation rate) in spite of some worrying aspects (enormous indebtedness of the USA, frequent «speculative bubbles»). With the present-day return to Keynesian remedies (but without «paying for it» at a theoretical level), the paper reflects on the debate that developed in the 1970s and 1980s in the presence of an equally important financial crisis, albeit in a different form and in a context of discontinuity at the theoretical level (the neo-monetarist counter-revolution). Fausto Vicarelli gave a fundamental theoretical and interpretative contribution to that debate by tackling questions such as the connections between finance and accumulation, the efficiency and stability of financial systems and, more generally, market vs. state. In the belief that the evolution of theory is not unidirectional, because it is re-proposed with some U-turns and that the evolution of an economy has unequivocal foundations, though in different forms, this study aims to consider these contributions critically to recover important ideas for today, especially on the question of overcoming the autonomization of finance and unidirectional decisions in favour of market efficiency. 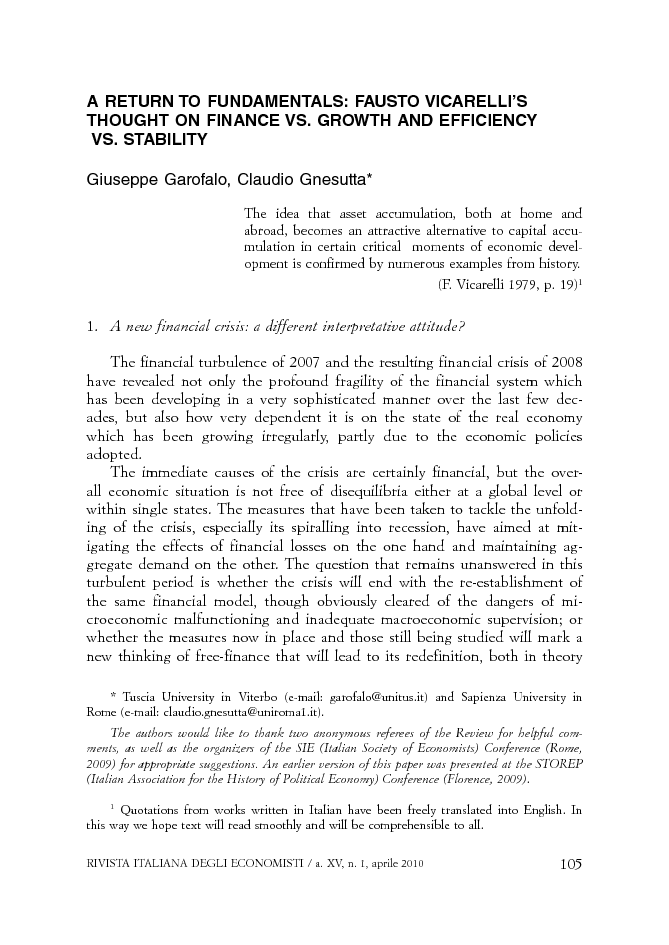