This paper analyses the dynamics of labour productivity across Italian Provinces in the period 1995-2006. Inequality decreased but a clear pattern of polarization emerged, with the formation of a cluster of high-productive provinces in the North and Centre-West of Italy and a cluster of low-productive provinces in the South and in the Centre-East. The growth of employment exerted a negative impact on the growth of productivity, as well as the number of self-employers per inhabitants, and the degree of openness to trade. On the contrary the share of population with tertiary education had a positive impact. A core of provinces belonging to five regions (Lombardy, Veneto, Emilia-Romagna, Tuscany and Lazio) appears to benefit of a higher growth of productivity. This regional component favoured both inequality and polarization. On the contrary, the initial level of productivity decreased inequality but increased polarization. 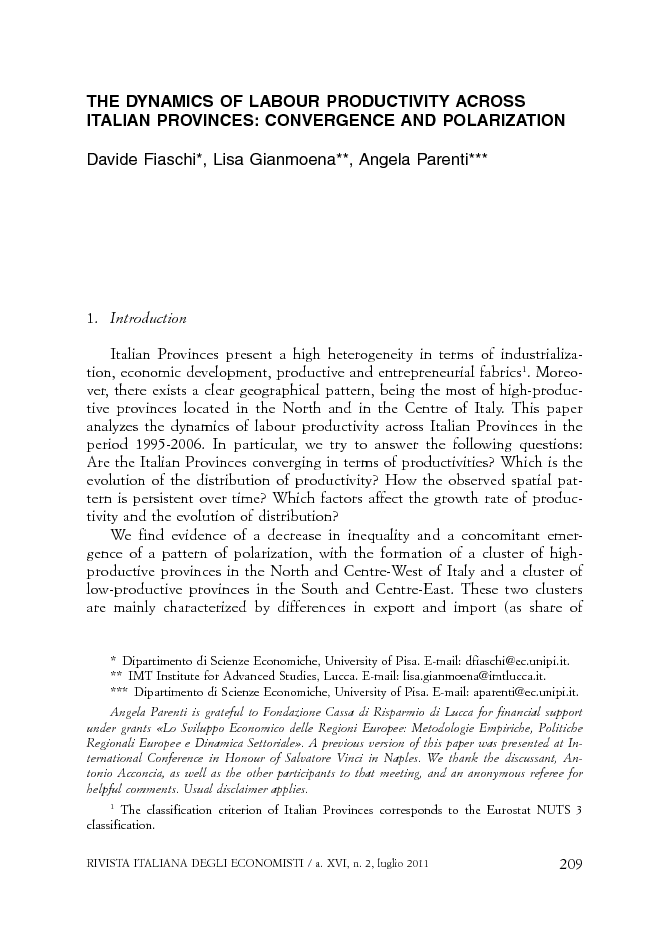