The literature on growth under the assumption of non competitive labor market is still poor. This is surprising because many countries are characterized by unionized labor markets, low degree of wage flexibility, high unemployment and slow growth; however, there is no consolidated analysis of the channels through which a unionized labor market should hinder, or support growth and employment. This paper represents a first step in the direction of study endogenous growth under the assumption of non competitive labor market, introducing a simple model of union behavior into a standard neoclassical growth theory. The monopoly union model is static: the union chooses the wage; the employment level is given by the labor demand curve at that wage; the government provides benefits to unemployed workers. The static result is that employment ought not to correspond to the total labor supply available in the economy. The dynamic implications on growth depend both on the welfare policy of the government, and on the deep parameters of the economy, that is on how productive the technology is, on how patient a society is, and on the intertemporal elasticity of substitution. In particular we will get a multiplicity of non-cooperative Nash steady state equilibria with unemployment and different patterns of capital accumulation. Some of these are characterized by underinvestment and slow growth; some however would give to the households and the firms sufficient incentives to invest both in phisical and in human capital and, therefore, would achieve a non-cooperative Nash equilibrium growth rate bigger than optimal growth rate. 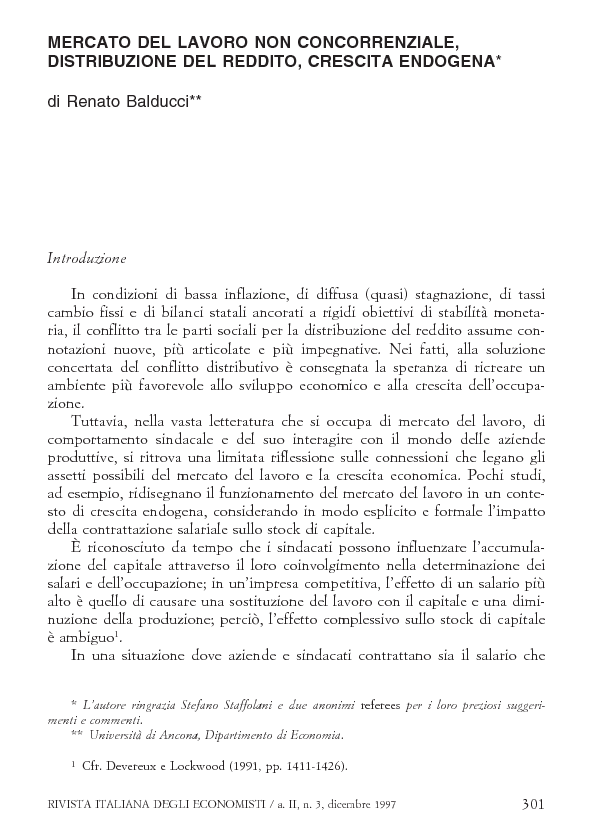