This paper provides an explanation of the existence of the black economy, it studies the effects on output of the whole economy, and on unemployment; it also studies the effectiveness of alternative policies to move illegal firms into the official economy. The proposed model assumes heterogeneity in the entrepreneurial ability of individuals, and two types of firms. Illegal firms are characterised, besides by tax evasion, also by a less labour efficiency and by a lower (net) labour cost with respect to the official firms, which perform Marshallian externalities instead. The model is able to explain: at the microeconomic level, size heterogeneity among firms, the smaller size of illegal firms, and the lower equilibrium wage; at the macroeconomic level, the number of illegal firms, the economy's output, the official and the effective unemployment. The policy of increasing the externalities among official firms seems the best way to discourage illegal firms. 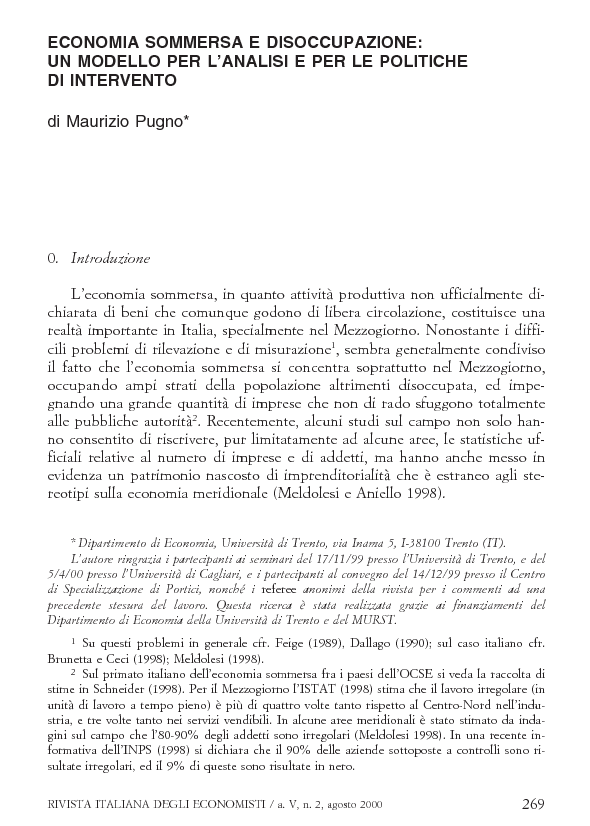