The deficit bias, inherent in the single European democracies and magnified in the framework of a monetary union, calls for additional budget discipline to be enforced throughout Europe. In the terms in which it has been signed, however, the Growth and Stability Pact does not appear to be a sufficiently credible deterrent. A two-period Principal-Agent model, focussing on the interaction of the conflicting interests of the various EU member countries, suggests that the fiscal constraints, included both in the Maastricht Treaty and in the Stability Pact, have worked fairly well as an incentive to achieve macroeconomic convergence in stage 2 of EMU. This is probably not the case, however, as regards the additional budget discipline needed during stage 3. In fact, a strict enforcement of the sanctions, included in the Pact, is probably in nobody's interest. This is because further aggravating the conditions of a country in financial distress may ultimately undermine the financial credibility of the whole Union. As the Stability Pact is found to be inherently time-inconsistent, we briefly explore alternative ways to enforce fiscal discipline across Europe. 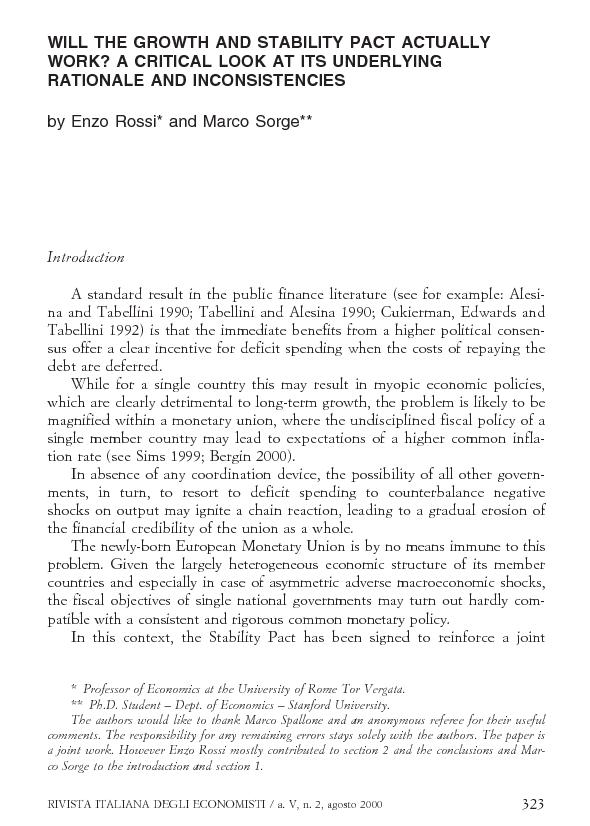