Using Italian time series since 1861, we explore the evolution of living standards after political unification both at the national and at the territorial level. Firstly, we use univariate statistical analysis on homogeneous national time series. Secondly, we employ available homogeneous series at a disaggregated level to measure territorial disparities across regions and four macro-areas. Notwithstanding that time convergence occurred quite rapidly at the national level after WWII, territorial differences became more marked in the period 1936-1951, both in terms of material and social well-being. However, in the final decades of the 20th century disparities among the macro-areas declined, especially in social well-being. 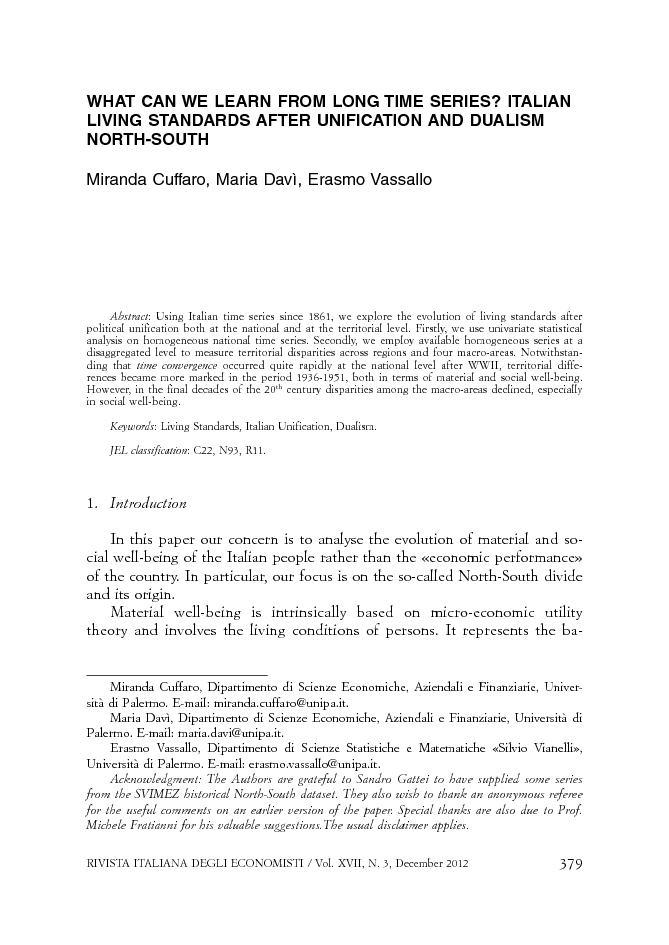