This study analyses the financial well-being of elderly people across Europe. Using the European microsimulation model EUROMOD, which facilitates the identification of minimum pension schemes in a comparable way across countries, we gather together new empirical findings on the redistributive effects of the minimum pension schemes in a range of European countries. In particular, we quantify the extent to which these schemes contribute to alleviate elderly poverty across Europe. Nevertheless, the financial well-being of older people depends crucially on the pension system as a whole. Countries with generous minimum pension schemes seem to allocate relatively fewer resources to other pillars of the pension system. On the one hand, they are more effective in reducing elderly poverty rates. On the other hand, they fail to ensure a level of financial well-being of older people in line with the overall population. 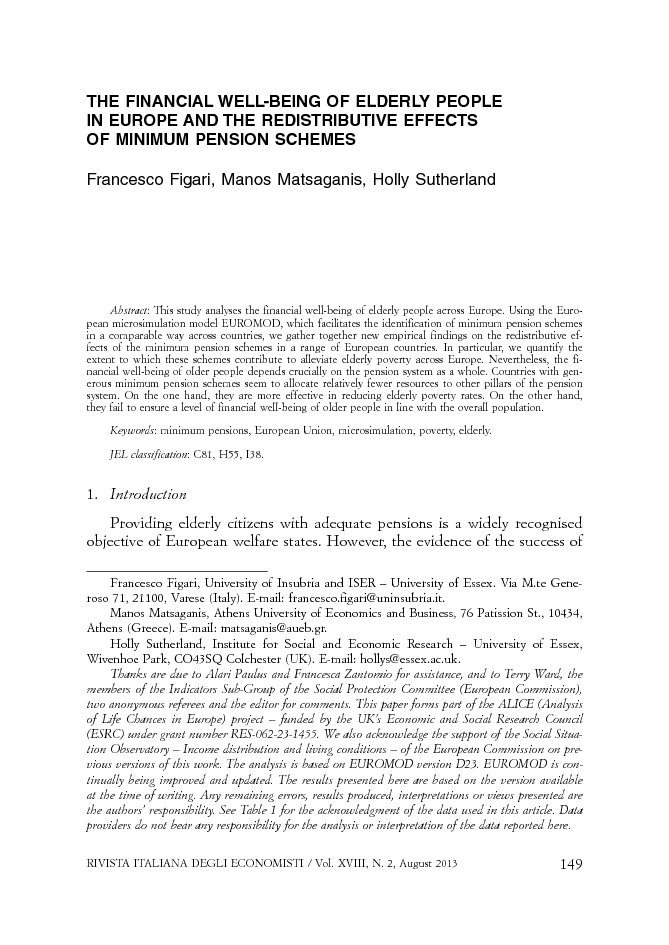