Surrounded by bipartisan consent, earned income tax credits for the working poor have, in the past decades, been introduced in many OECD countries and are widely appreciated in the economic literature for their alleged capacity to achieve two shared goals, increasing work and reducing poverty. The thesis of the article is that contributing to shared goals is not, in itself, an ethical justification of a policy. On the contrary, one may share given goals and yet deem a policy furthering them to be ethically unacceptable. Alternatively, one may justify a policy, but do so for different ethical reasons. Acknowledging ethical reasons is important both for a sounder policy support and for policy design: depending on the reason upheld, vulnerability to criticism as well as policy configurations may differ substantially. Ethical justifications of earned income tax credits for the working poor have, however, been largely undervalued. After presenting two possible ethical justifications for earned income tax credits for the working poor, the article discusses the implications for both the defense and the design of the measure. 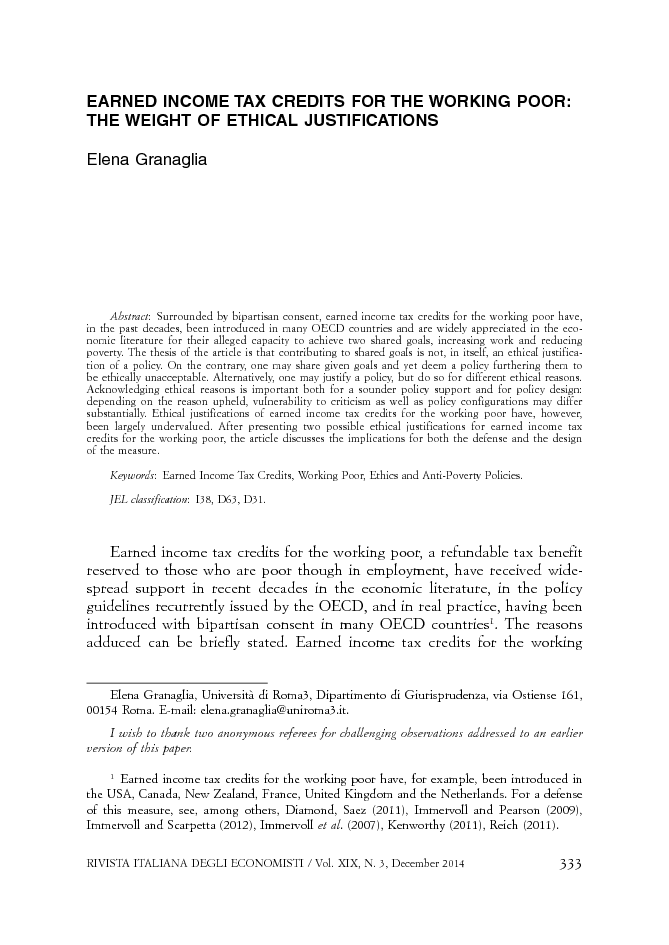