Baron-Myerson (B-M, 1982) have shown that a regulator, in the presence of asymmetric information on production costs of the monopolist, deals with a trade-off between allocative and distributive efficiency; consequently, the optimal price in this case results in a distortion of the first best tariff. However, this result is based on a tipycal Bayesian approach, according to which the regulator does not give any relevance to the potential ambiguity of his information. In this work we want to generalise the solution indicated by B-M in the case in which the public regulator is completely ignorant as regards the level of the costs of the firm, or in which he does not consider the information available to him to be completely reliable. We show that in this case the optimal policy depends on the regulator's ambiguity attitude. In particular, a prudent attitude - represented by the adoption of a decision criterion that weights expected utility and maximin - induces the regulator to set a maximum ceiling on the price that can be adopted by the firm. An attitude of generalised pessimism, described by the use of an intermediate criterion between expected utility and leximin, will on the contrary cause a nearing of the optimal tariff to the first-best one. In the case of extreme pessimism, the best policy will require the setting of the first-best tariff for any level of costs whatsoever, as provided for by the "non-Bayesian" mechanism proposed by Loeb-Magat (1979) 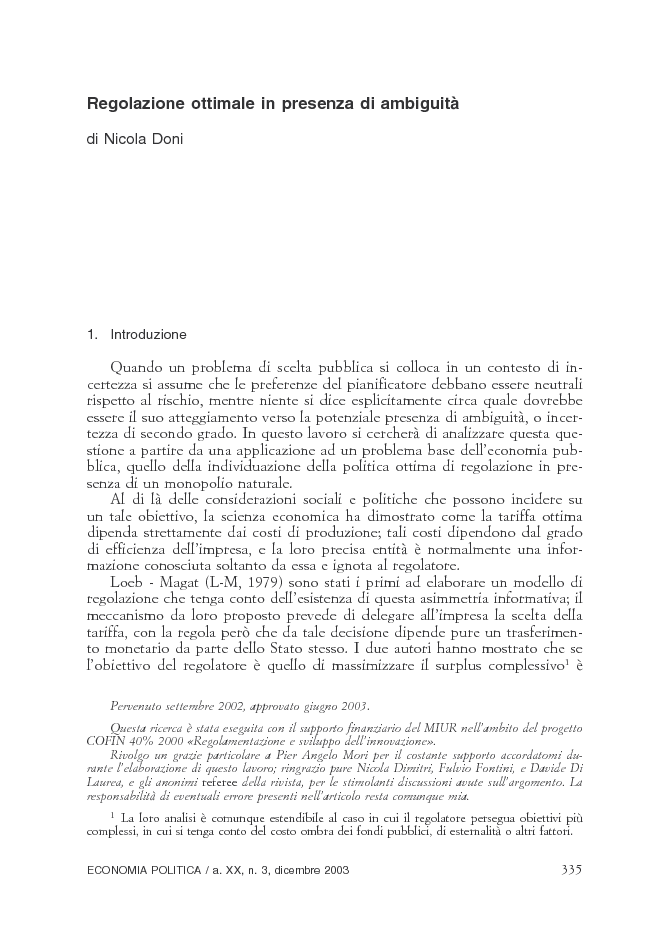