The Leontief paradigm, with its hypothesis of constant technical coefficients, dominate the multisectoral framework, while the empirical evidence shows that the production process is characterized by non constant returns. After having shown how the hypothesis of constant technical coefficients in a dynamic multisectoral framework confines the analysis to the balanced growth path, the identification of the new equilibrium configurations - such as node, focus, saddle, centre - and of the associated paths is performed, starting from the hypothesis of non constant returns inspiring the scale dependent input requirements (SDIR) model. The role of the final demand vector and of the initial endowement is also put in evidence as capable of compromising the stability of the model, and it is shown that even more unusual dynamic behaviors as n-cycles and aperiodic trajectories in bounded intervals may emerge. Numerical simulation becomes the priviledged quantitative and qualitative tool since the traditional qualitative analysis fails in revealing the existence and characteristics of those equilibria. 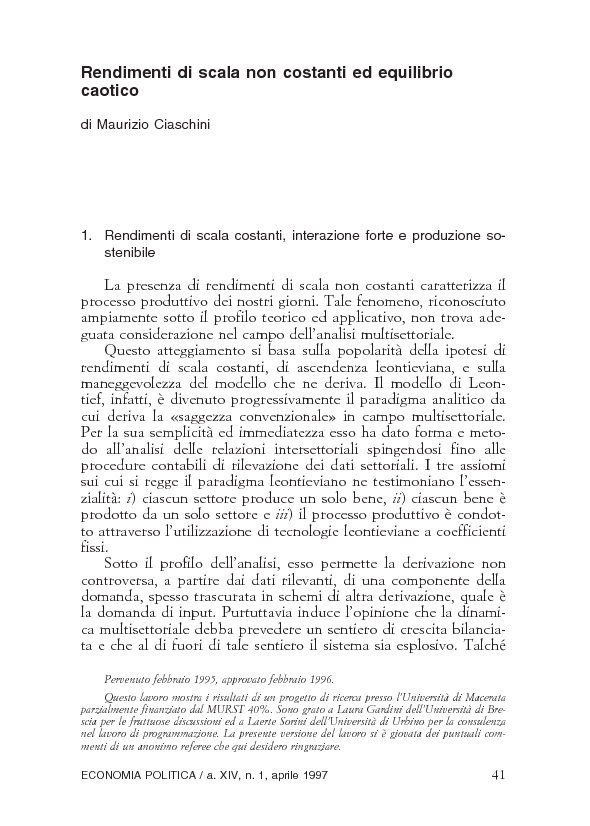