The thesis sustained is that in Hayek's work two concepts of knowledge are described. The first is an "informational knowledge" (or simply, information), which consists in a set of "data" dispersed among a multitude of agents. The second is an abstract "knowledge", known in specialistic literature as "inarticulate knowledge", characterised as ability to use and re-elaborate profitably the exogenous "data". The notion of information emerges from criticism of the neo-classical tradition, and defines important features which reflect the general exigence of conceiving of a market dynamic theory. Nevertheless it remains a quantitative notion, whereas inarticulate knowledge, partially explained by the "evolution" of social general rules, is not measurable. In our opinion such concepts are not sufficiently differentiated in Hayek's analysis, although they evidently are strictly connected. Finally we sustain that M. Polanyi's "tacit knowledge" differs from Hayek's "inarticulate knowledge" and that Polanyi's point of view could suggest a new approach both to the knowledge-information problem and to the market coordination question. 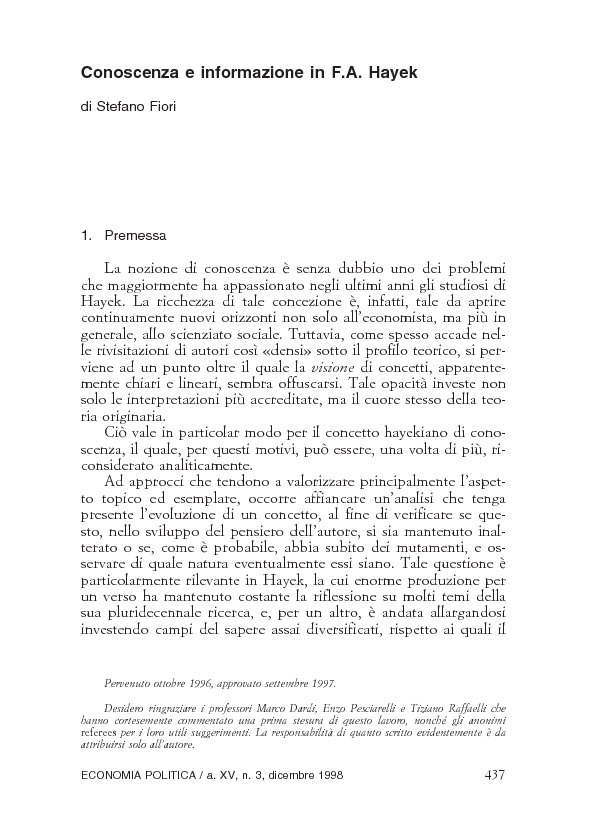