In this paper we employ a particular analysis of the continuity between the "Theory of Moral Sentiments" and the "Wealth of Nations", to show that the smithian concept of economic equilibrium displays its "gravitating" and normative role, operating not as an objective reference, pointing out the social consequences of the interactions among perfectly rational agents, but as a weaker reference of reasonableness and common sense. The impossibility to derive a perfectly virtuous (rational) equilibrium depends on the dichotomy between natural and real price. This dichotomy originates from the peculiar conformation of the human nature, and from the basic principles supervising human actions. Therefore, we shifted the analysis to those parts of the "Theory of Moral Sentiments", where Smith works out a general theory of human action, aiming at realizing in what sense the "aurea medietas" character of the competitive market equilibrium might be desirable, i.e. "virtuous", from the point of view of a hypothetical social planner. To address this question we had first to make clear which virtue characterizes human actions as long as they are consistent with the concept of "aurea medietas". It appeared that it is the virtue of prudence this basic principle of conduct, which influences individual choices through a complex mechanism, of which rationality is just one of the working parts, and that cannot exists without the active support of moral judgments delivered by the principles of sympathy and of the impartial spectator. 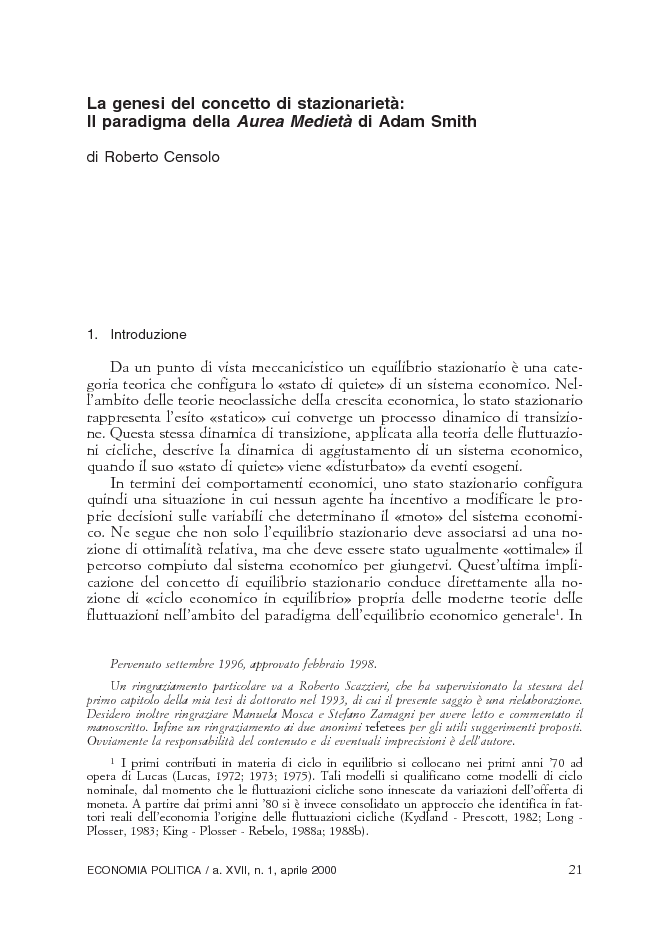