The paper replaces in the framework of Walras's epistemological considerations his comments on the possibility and necessity of applying the mathematical method to political economy. In a first stage, the study of Walras's definition of the mathematical method allows us to get rid of a common misunderstanding which considers it as "axiomatic", and more generally, to differentiate it from today's conception. In a second stage, the reference to Vacherot's philosophy and its implications for Walras's epistemology allows us to stress that the notion of "truth" associated with a mathematical model is a strong one. The mathematical abstractions are analytical concepts (unbounded by empirical facts) which express the true essence of factual reality. These scientific abstractions are ideal and perfect, not only in the cognitive sense, but also in the normative one; they are objectives for human actions, not yet in place, still to be fulfilled. Pure science formulates "what is", but this idealised nature is also the goal to be pursued by humans. 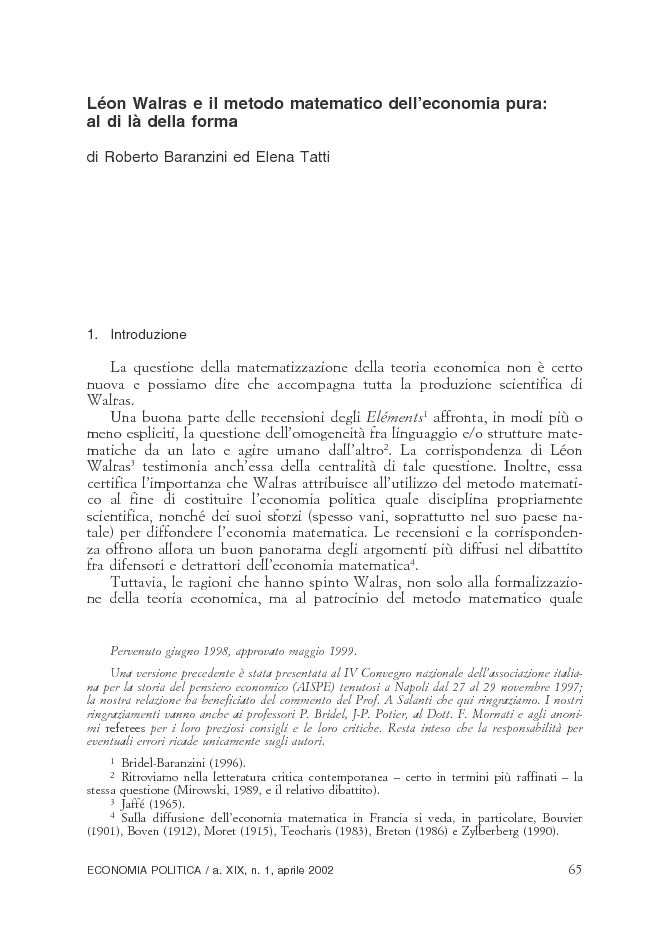