The paper is going to review some of the evidence that has been provided so far on the practical effects of financial liberalization policies. Contrary to conventional wisdom, financial liberalization does not foster growth. The stylized facts, stressed in the paper, are that real interest rates rise and the supply of credit increases while investment does not; moreover, in the majority of the cases, inequality in the distribution of income is higher. Previous attempts at explaining why financial liberalization does not work will be discussed. The paper presents a new approach to the problem, which builds on the monetary theory of distribution. The increase in real interest rates, if lasting, as it is, causes a process of readjustment of the profit rate in an upward direction. Such process, however, is neither instantaneous nor smooth; for it requires a reshuffling of production, which passes through sectors and firms. Its effects on long run growth and distribution will thus depend on the constraints that macroeconomic policies, regulation, exchange rate regimes and other factors pose to the firms' reactions. In the present state of international competition, it is very doubtful that this will both accelerate growth and improve the distribution of income. Though productivity may increase in some sectors it is improbable that it will spread to the rest of the economy; income distribution may worsen because one way of adapting to the new interest rate for some firms will be to repress the growth of wages. The share of wages could fall if the restructuring process causes a fall in general employment. That process would not pass through aggregate demand contractions only but through the dismantling of input-output linkages among productive sectors too. 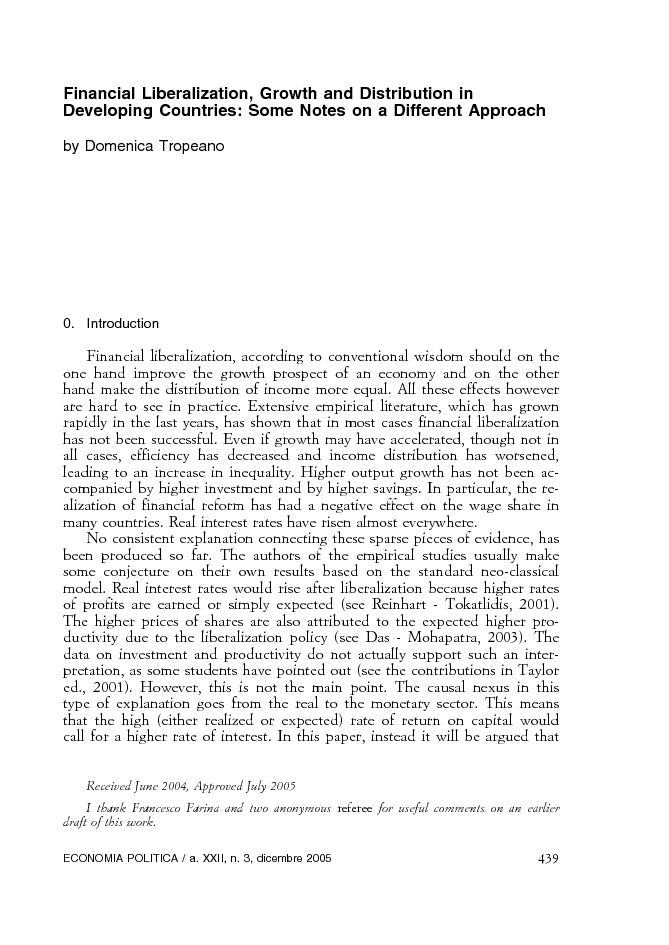