Twenty years after her book on this subject appeared, having the British-American controversy come to an end, Joan Robinson was required by a French journal to revisit the capital question. Once the draft was prepared, however, she changed mind, put the paper into a drawer and replaced it with another one. That first article is here published. A variety of arguments belonging to the Cambridge tradition are summoned with the help of the Marxian algebra. Robinson opposes to the Neo-Classical naive picture Marx's powerful intuitions despite of his lack of rigour and the fideism of his followers. Thus, even though the rate of profit does not fall, technical change allowing the economy to grow causes unemployment; considering finance as a form of capital means surrender to inequality in income distribution, etc. The lucid description of the ongoing nexus between external debt, underdevelopment and the globalised division of labour since the 1960s, makes this piece interesting not only for economists but also for the present-day historian. 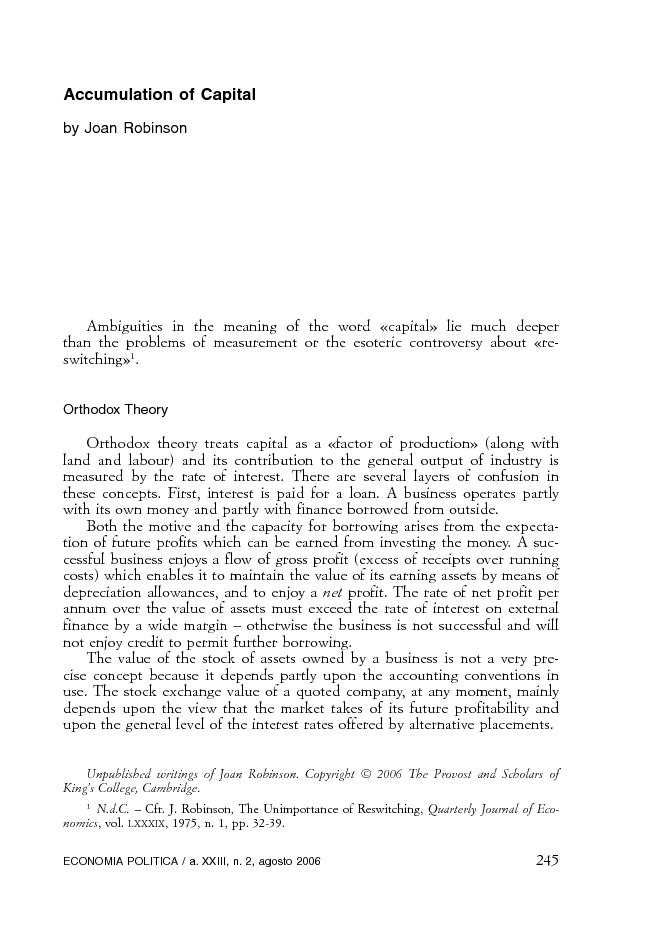