The stability of the world economic and monetary system is threatened by the serious structural imbalances that exist between the United States and Europe, Japan, China, and OPEC, especially Saudi Arabia. Inadequate savings in the face of favorable investment opportunities in the United States led to huge capital inflows, an overvalued dollar, and unsustainable US trade deficits. Inadequate growth in Europe and Japan also contributed to the unsustainable US trade deficit. Without correction these serious structural imbalances could lead to a collapse of the dollar, much higher interest rates and recession in the United States, and sharply reduced growth in the rest of the world economy. The paper quantifies the structural imbalances that exist in the world economy today, examine their cause, and suggest policies for the United States, Europe, Japan, China and Saudi Arabia to overcome them and thus avoiding the risk of deep economic and monetary crisis. 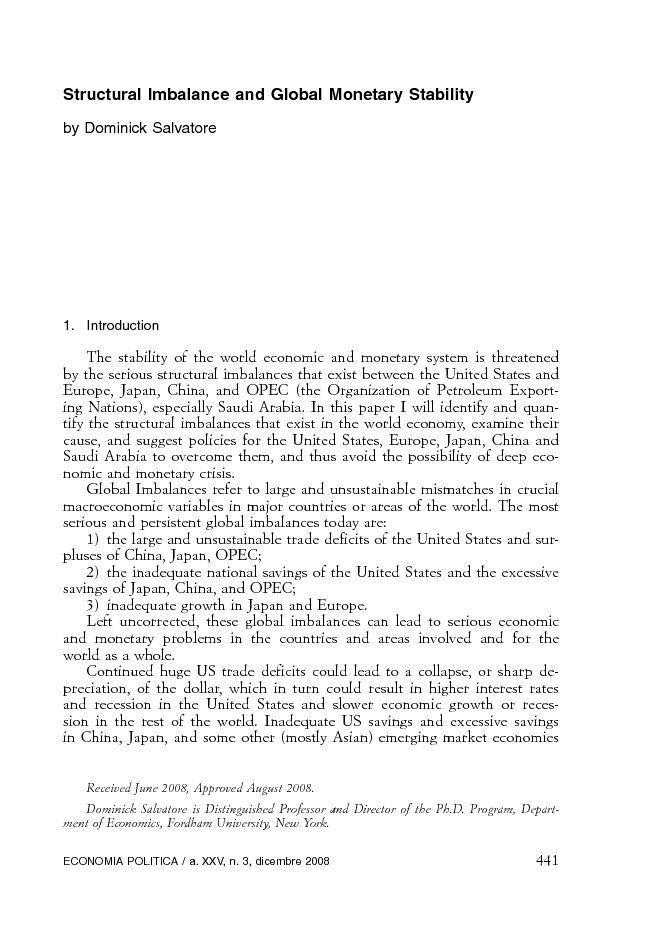