In the last decades the changes in firm's organizational structures has attracted great interest because of their widespread diffusion. At the same time technological innovation, especially in the domain of ICT, has also experienced a rapid diffusion. Several works have tried to disentangle the linkage between innovation and its determinants as well as to uncover the relation between techno-organizational changes and firm economic performances. I likewise conduct an empirical investigation using original information collected through a questionnaire administered to union representatives of manufacturing firms with at least 20 employees located in a province of Northern Italy, Reggio Emilia. The phases of the analysis are two: at first, the aim is to uncover the relationship between a participative industrial relations regime, contractual flexibility and the propensity to innovate; secondly, I investigate on the existence of linkages between several innovation activities, namely technology, organization, ICT and training, on the one hand, and firm economic performance, on the other. The results can be summed up as follows. First, the participative aspects of the industrial relations system and contractual flexibility show a nexus mainly with two kinds of innovative spheres: organization and training. Second, firm performance is linked to all four innovation spheres. Since the regressions are also conducted in principal components, evidence of complementarities between innovation spheres is provided. 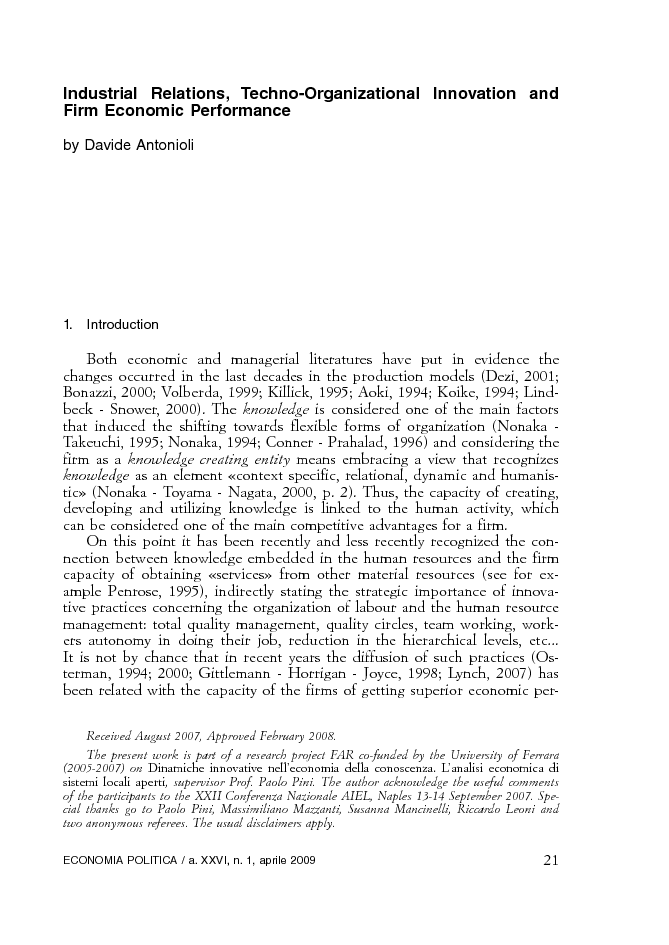