The paper presents an application of the chaos theory to tourism, a sector in which operators' choices are particularly elaborate and complex. The dynamics of the tourist industry are, in fact, the result of close interactions between units of production, tourist flows, local authorities and natural resources. These interactions do not necessarily lead to a regular trend in the development of the tourist industry as proposed by Butler; on the contrary, irregularities of various types are very possible. The model microfounds rigorously on both the demand and the supply side. Firms and tourists operate under the hypothesis of limited rationality, the former in an oligopolistic context, the latter on the basis of mechanisms of evolutionary selection. Although not exhaustive, the model forms a theoretical platform that can be easily adapted to hypotheses and situations that differ from those originally hypothesized. As a consequence, this paper presents a series of numerical simulations. The results show the chaotic nature of a tourist flow, which limits the practicability of measures introduced to stabilise the system. In their place, measures are needed that stimulate a continuous reshaping of the system in relation to the factors that tend to change it. 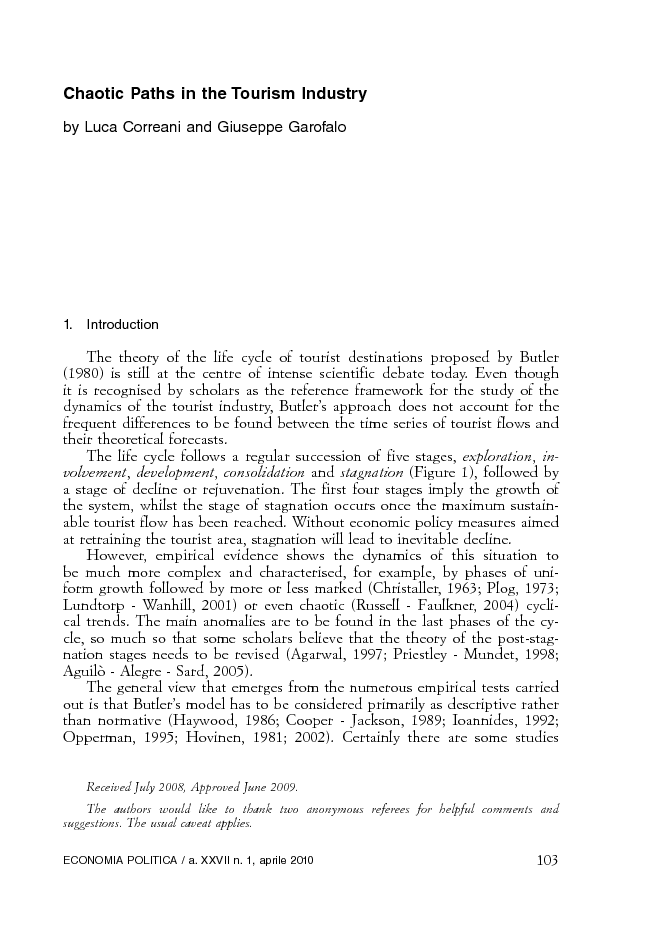