We extend the Solow growth model with human capital and migration flows by introducing public capital subjected to congestion as an essential input in the production function. This is an important novelty given that population variation induced by migration affects factors productivity and, hence, growth. We show that, in general, the impact on physical and public capital growth induced by migration is ambiguous and depends on the degree of public capital congestion. As regards the human capital growth rate, not only does it depends on the congestion externality linked to public capital, but also on the relative human capital endowment of migrants with respect to resident population. Moreover, the long-run per capita growth rate coincides with the exogenous technological progress growth rate only when public capital is not congested. In the general case in which congestion affects public capital, the long rungrowth rate differs from the traditional Solow model and could even be negative. Finally, we analyse the transitional dynamics and derive the conditional convergence equation for the growth rate of per capita income. 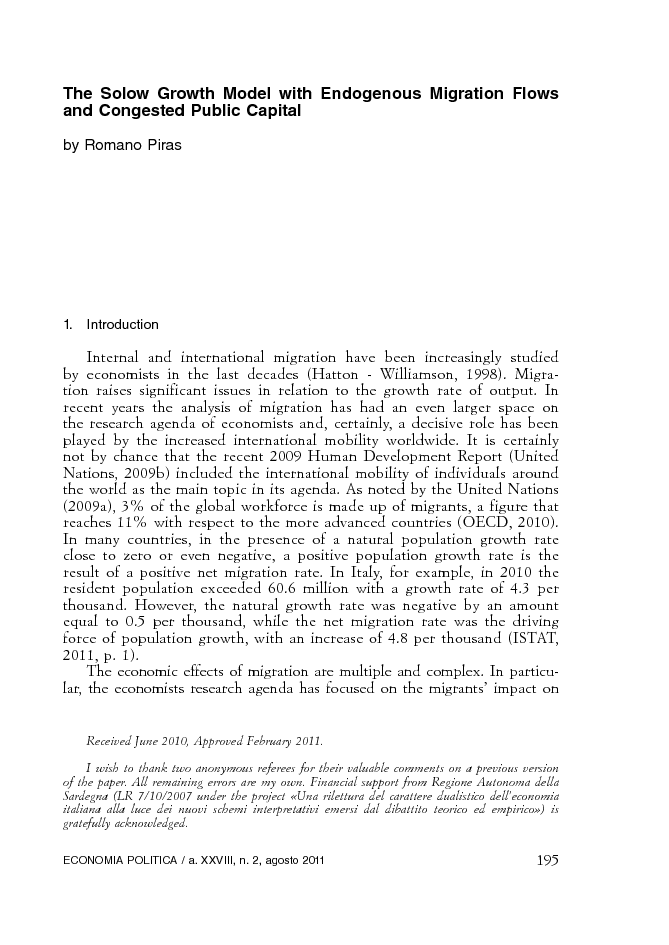