In this paper we investigate two elements of news demand behavior: the choice between gathering information through the news market and making one's decisions on the basis of prior beliefs; the choice between consulting more than one source and relying on just one. We single out education as the main determinant of behavior, by assuming that education is inversely related to (time) opportunity cost that the individual bears when he gets informed. In our model, two sources of information compete for an audience composed by rational individuals, assumed to be heterogeneous regarding their education level. We show that two market configurations may emerge. In the first one, individuals split into two groups, one composed by those who do not demand news at all, and another one composed by individuals who consult both sources. In the second configuration, individuals split into a group of non-readers, a group of one-report readers and a group of two-report readers. The former configuration is associated to high costs of news production and high opportunity costs. One of the sources in the latter configuration provides higher quality news than any of the two sources in the former, and it may also result in a larger number of news-demanding individuals. 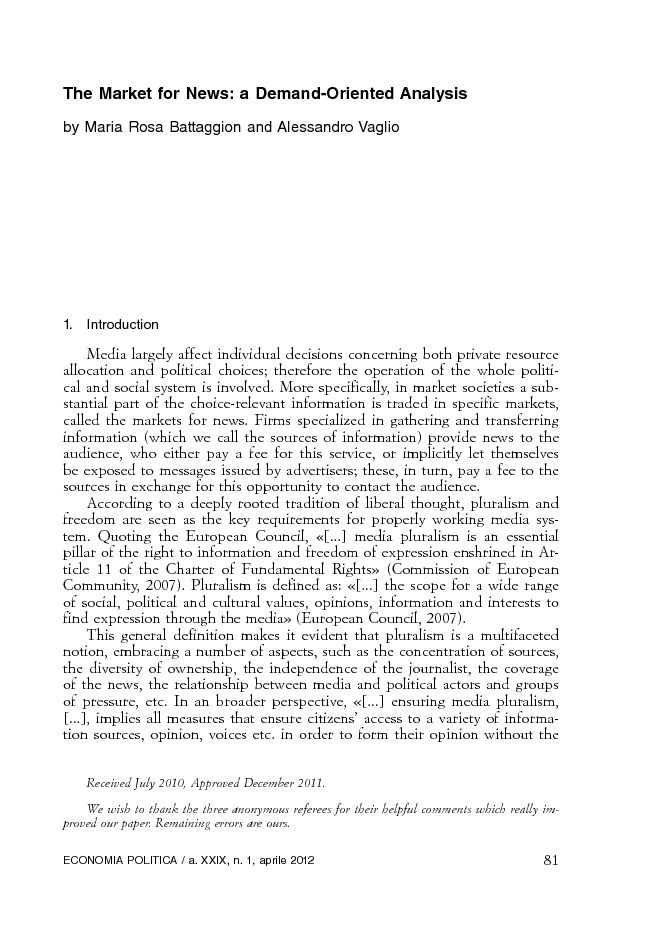