This Focus raises a question: during the crisis, has Germany been stronger, smarter or slyer? And if the answer is the second, have some other European countries been cheated? Germans think they made a big sacrifice by going into the single currency. But the reality is different. Between 1999 and 2012 the cumulative bilateral trade surpluses of Berlin with the five main Southern European Countries (the SEC: France, Italy, Spain, Portugal and Greece) came to about  840 bn. It is thanks to that "booty" that Germany's net foreign financial position grew to 41.5% of GDP by 2012. There is another figure which is never discussed, because it would be most embarrassing for Germany. It is the increase between 2008 and 2012 in total foreign-held government debt of the 20 EU countries (apart from Italy) reported by Eurostat: an overall growth of  1,084 bn, while Italy's foreign-held government debt rose by only  24 bn in the same period. Germany's, by contrast, swelled by no less than  345 bn in those four years, funded with cheap interest rates at a historic low. Between 2010 and 2012 in particular, Germany's foreign-held government debt grew by  120 bn while Italy's shrank by  104 bn. If foreign investors had not turned their backs on Italy in 2011, Germans would never have found enough money on the international markets to finance all of their public debt, and would have had to keep it afloat to a large extent with their own resources. Germany - which is draining southern Europe of resources, which opposes Draghi and eurobonds and is unwilling to allow a European banking supervisor to stick its nose into its own rickety local banks - must finally be faced with its responsibilities and its total lack of solidarity. 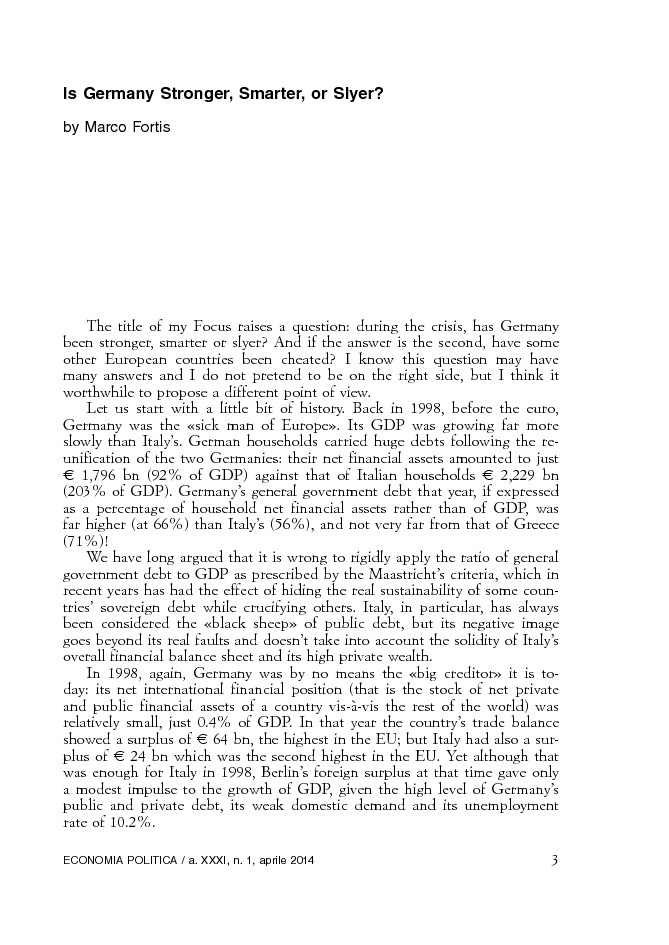