Economic cycle theory has constituted one of the most important research fields in the period between the two world wars. It is possible to identify an Italian element in the international debate, composed primarily of contributions from Amoroso (1932; 1935; 1940), Vinci (1934; 1937; 1953), Bordin (1935) and Palomba (1939). Building on and innovating on the mathematical models of Evans and Roos in the second half of the 1920s, Paretian economists proposed models in which the economic cycle could be considered as an endogenous equilibrium phenomenon. In the 1930s they sought to develop a nonmonetary theory of the economic cycle of that was highly analytical in style, in keeping with their view of general economic equilibrium. This approach also had some international visibility as there were some contributions (Vinci, 1934; Amoroso, 1935; 1940) that were published in the newly founded "Econometrica", the journal of the "Econometric Society" and some of the best-known Italian economists contributed to its creation. These works have so far not received the attention they probably deserved, as a great deal of Italian economic thinking between the two world wars The purpose of this article is to fill a historic gap by systematically presenting the research which the Pareto school realized in the field of the mathematical theory of the economic cycle, to highlight the vitality of Italian economic research in the international context. 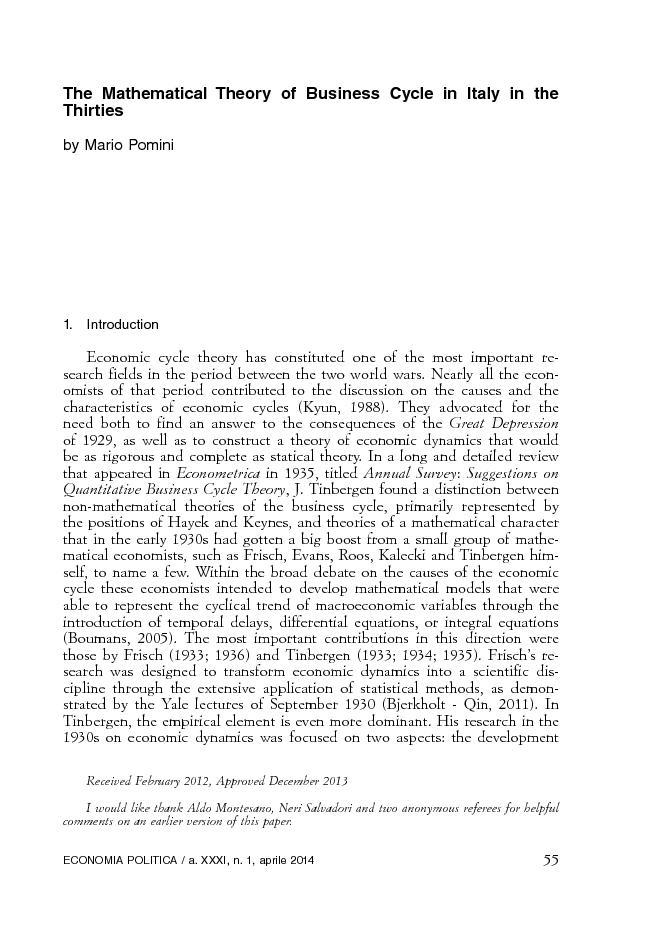