This paper focuses on alternative money's worth measures of the Italian (public) pension system for representative cohorts, considering both the present transition and the future steady state envisaged by recent reforms. Micro-based calculations of the aggregate budget effects induced by further policy changes are also presented. The main results of the simulation exercise are: i) young and future generations face a steady and strong reduction of their social security's worth mainly due to the discontinuities introduced by the 1992 and 1995 reforms; ii) during most of the transition period, the increase in benefits for an additional year of work, after reaching the seniority pension requirements, does not offset the financial costs generated by the additional contributions and the shorter expected retirement. The implied deadweight loss still represents a strong incentive to early retirement; iii) the extension, from year 2000, of the "pro rata" mechanism to all new pensioners, would generate a non negligible smoothing effect on microeconomic distortions but a comparatively small reduction in pension expenditure; iv) a much larger reduction can be obtained if seniority pensions are determined according to actuarial fairness, i.e. by taking into account the expected life at retirement. The paper finally highlights aspects of the social security problem that should be addressed in a more complete analysis, such as risk adjustments, welfare implications and general equilibrium feedback effects. Even without these extensions, we think our conclusions are quite robust, and may help policy discussion, particularly in avoiding ideological drifts. 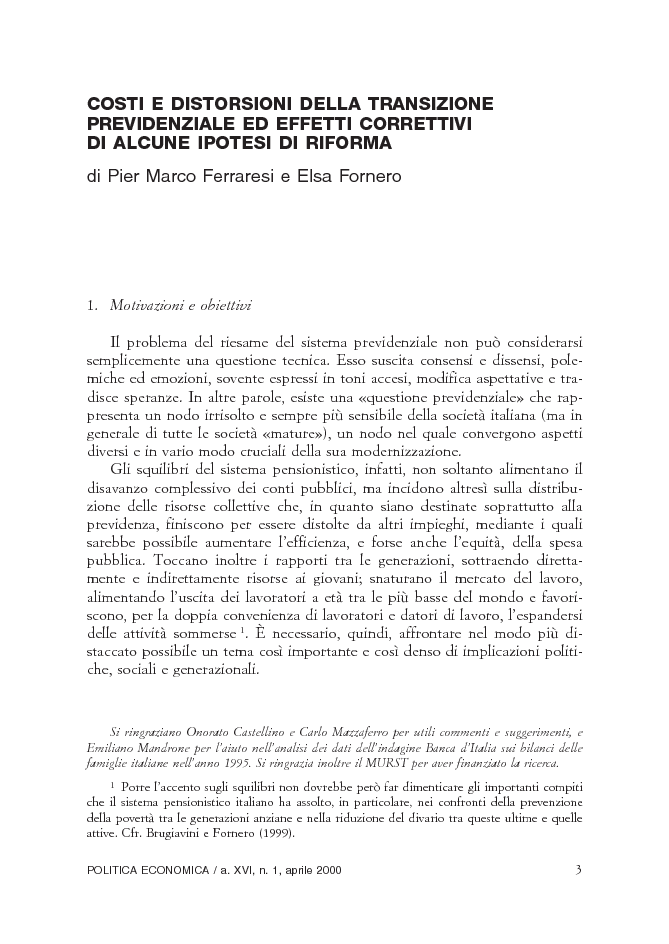