During the period 1995-1998, in the Italian NHS, hospital services were provided in a setting characterised by a partial split between purchasers and providers, a DRG-based prospective payment system, and freedom of choice for patients. Managed competition was introduced to reduce prices and improve quality through a better contractual specification of the terms of supply. This paper provides a comparative analysis of the contracts for hospital services between purchasers (AUSLs) and independent public hospitals (AOSPs). The analysis shows that the contractual terms reflected the strong hierarchical control exterted by the Regional Government over the bargaining parties due to the former's responsibility to fund any excess spending. In these highly incomplete contracts, the overall budget was built on a DRG-based mechanism, and financial limits were set on the basis of the historical volumes of production. Due to a lack of productive flexibility, AOSPs systematically violated the budget, and different types of risk-sharing rules were ineffective to that purpose as providers could not be driven out of business. Hence, AUSLs were compelled to purchase hospital services from the local AOSPs at higher prices than those granted by vertically integrated providers. In this context, contracts were used more than to elicit price or quality competition as attempts to control current expenditure and to reduce excess supply. Accordingly, in 1999 most competitive elements of the previous mechanism were replaced by cooperative partnerships between purchasers and producers. 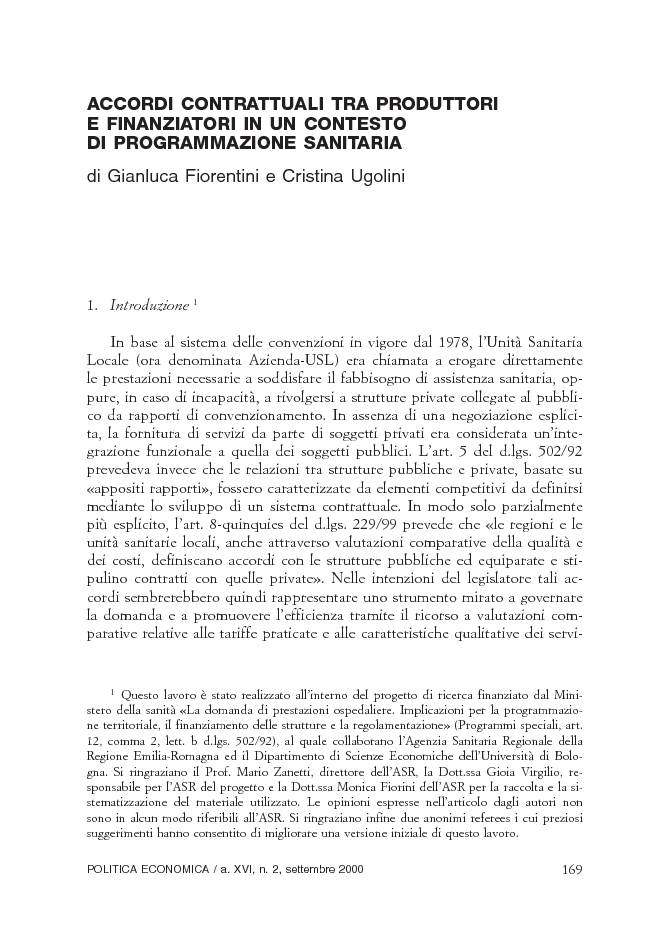