Visco's reform on capital income taxation has been aimed at introducing a higher degree of fiscal neutrality in the Italian tax system. This paper provides an analysis of the impact of this reform and a critical appraisal of the evolution of the present regime towards the full neutrality. In particular, we simulate the trends in tax burdens under the actual regime and under alternative tax regimes where a unique tax rate is applied. Results show that, depending on financial markets performances, tax burden variations with respect to the actual regime are positive on average. The paper further focusses on a correction coefficient, called "equaliser", recently introduced in the Italian tax system, in order to reduce the fiscal asymmetries arising because of the coexistence of two different regimes for the taxation of capital gains (one, introduced by the reform, taxing on an "accruals basis", thus avoiding the lock in effect; the other taxing on a "realisation basis"). Although the full equalisation is rather complicated, some simulations structured on recent market performances show that the equaliser makes equivalent on average the two different regimes of taxation. 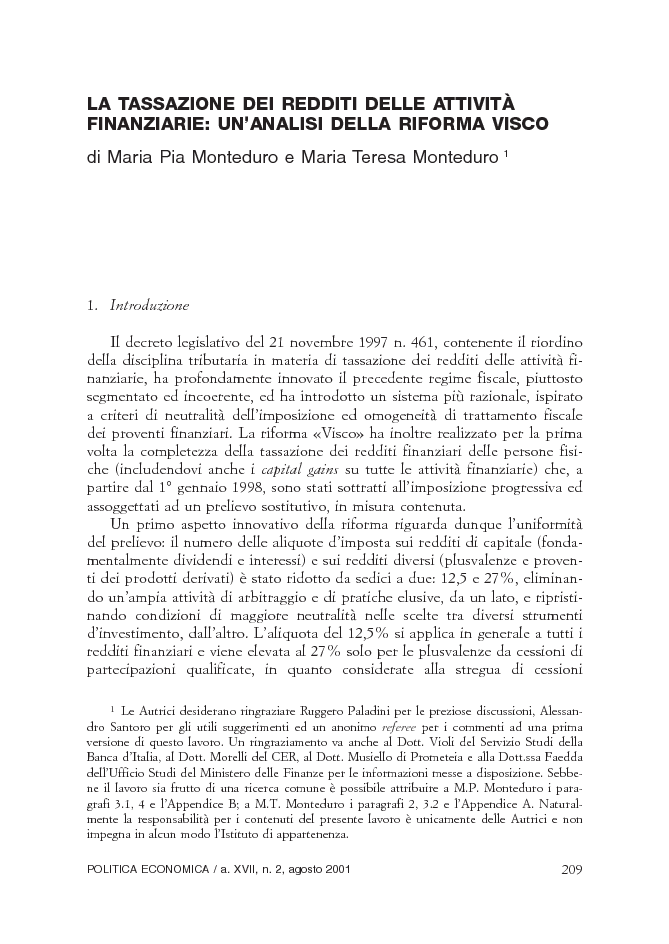