The relevance of entrepreneurship in economic growth and job creation is well recognised. Administrative burdens on start-up are generally considered one of the main barriers to entrepreneurial activity. The establishment, in Italy, of one-stop shops has determined a remarkable decrease of time, complexity and costs to start a new firm. In this paper we propose an evaluation of the impact of one-stop shops on business start-up rate, and ultimately on local development, comparing the performance of two samples of municipalities: a group of units that adopted the policy by the early 1999, and a control group that did not adopt it at all. Following Heckman, Rosenbaum and Rubin, the measurement is founded on a quasi-experimental method that uses a pair matching scheme based, among other things, on geographical proximity and economic specialization. To minimize the selection bias we adopt a double difference criterion. The proposed statistic is a weighted mean difference test, based on a regression approach. We prove that this methodology is robust against covariation of residuals among the units of analysis. We find that the double difference between the two sample performances - an increase of about 0,8% of the start-up rate on a sample average of 11,4% - strongly supports the evidence of a positive impact of the one-stop shops policy for the whole economy. This conclusion is shown to be robust to controls for crowding-out effect, except for the manufacturing sector. 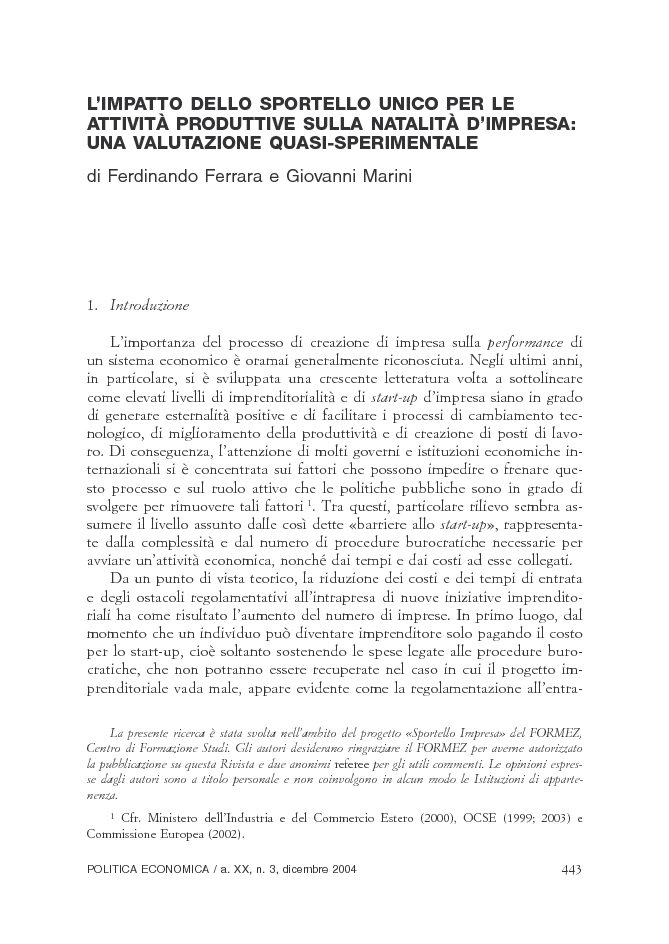