Profit share in Italy has been growing between the mid '70s and the mid '90s, remaining stable at historically high levels since than. After the drop of the first half of the seventies, originated by an unprecedented rapid rise of wages, profit share started to recover. The rise of the '80s, that involved the entire business sector, was part of this recovery process. During the '90s, profit share continued to grow on average, but with large cross-sector differences. Profit share in manufacturing, more exposed to international competition, declined together with the returns on capital stock, but increased in the rest of the business sector. We show that the better performance of the non-manufacturing business sector is mainly due to those industries more affected by the large-scale privatisations and restructuring of State owned companies, started in the first half of the '90s. They granted a rapid growth of total factor productivity and a deceleration of wage dynamics, without a major impact on market power of privatised companies. Our evidence is thus supportive of the hypothesis that profit share growth during the '90s, observed also in other countries, was mainly due to rents redistribution, instead of to biased technological change. 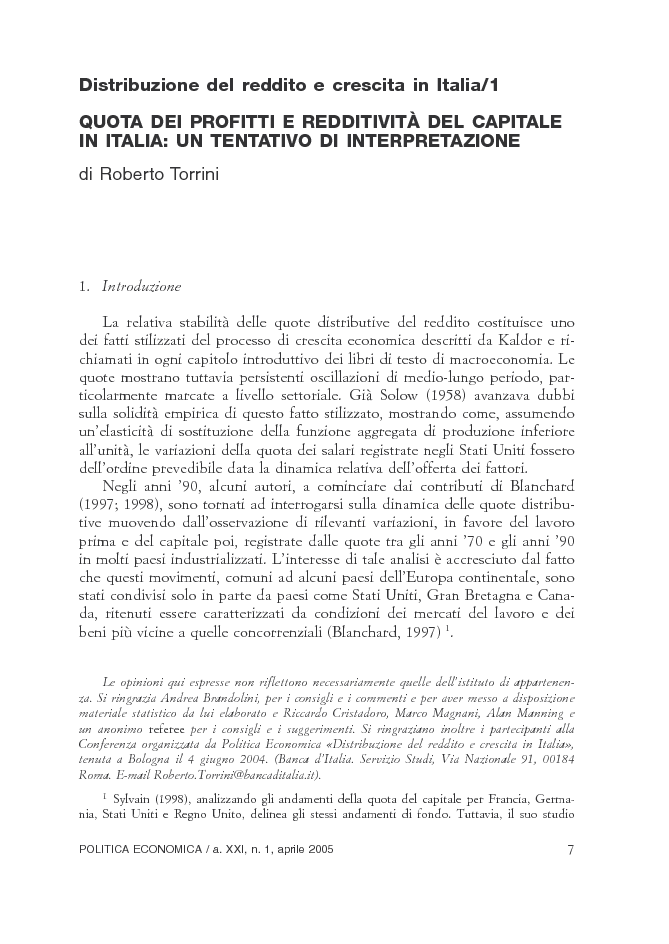