In the last thirty years in Italy there have been many tax reforms, which affect in a different way the relationship between tax regimes and financial choices by firms. The article shows how Miller's index, which indicates the advantage of debt with respect to stock financing, has taken different values in the different tax reforms, depending on the tax favour recognized to debt. In particular, after an initial advantage of debt in the Cosciani Reform, the subsequent introduction of the tax credit has rendered the situation uncertain, depending essentially on the relationship between corporate and stockholders tax rates. The Visco Reform has tended to abolish any tax favour of debt. The Tremonti Reform, instead, aims at a tax neutrality with respect to financial decisions by firms, even if it increases the advantage of debt, which is limited by specific tax provisions, as the thin capitalization. 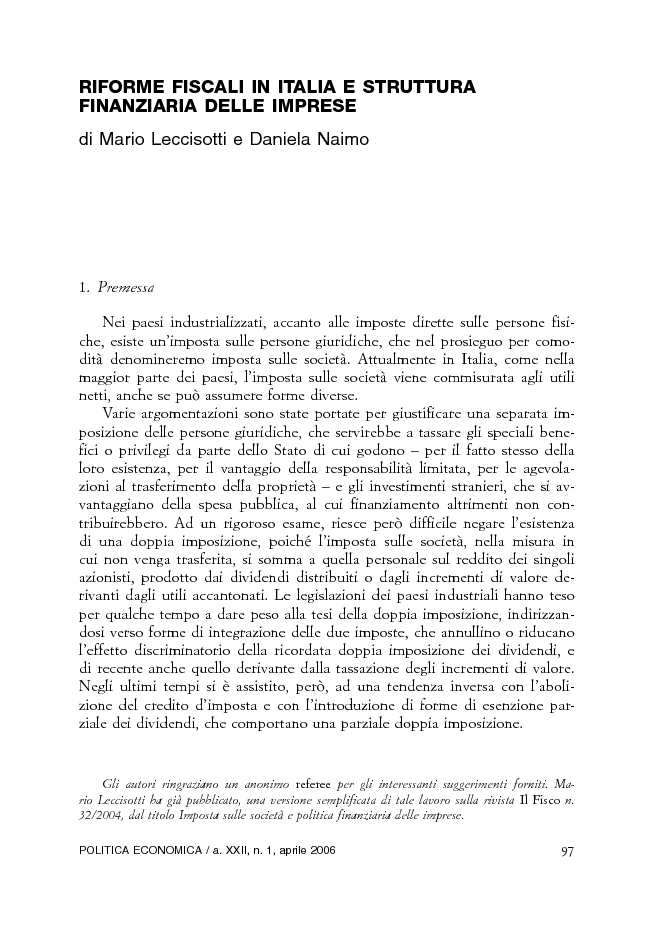