According to his posthumous book, Laffont (2005), suggests that when policy-makers in less developed countries have a private agenda, regulators risk to be corrupted, and ex post evaluation is costly, government privatization supply is a non linear (inverted U) function of a corruption index. Both benevolent and very corrupted governments may divest State Owned Enterprises for very different reasons. Governments with an intermediate degree of corruption may like privatization, but not always for good reasons in terms of social welfare. Undesirable privatization occurs when the private benefit/cost ratio of the policy-makers exceeds the social value of divestiture. The paper restates the complex Laffont's model in a simplified, intuitive form. Then, some assumptions of the model are critically examined. Finally, empirical evidence is discussed, and found not entirely convincing, because of the modest impact of the negative quadratic corruption variable. The intuition seems, however, important, in suggesting that privatization may be a function of corruption in some countries. The policy implication is that international financial institutions should be aware that in some circumstances privatization may occur for the wrong reasons in LDCs. 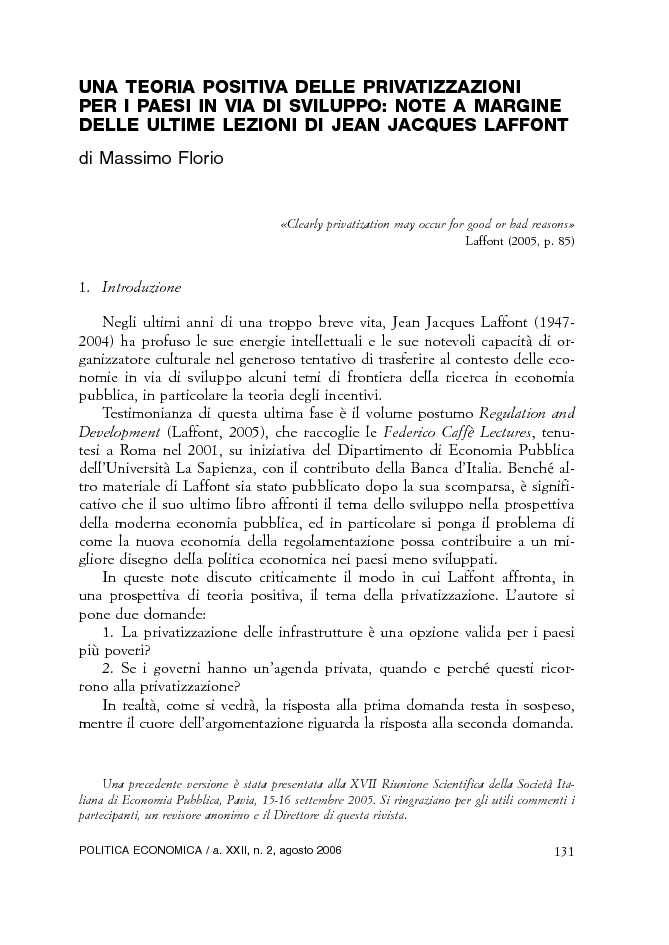