Starting with an analysis of the concept of revolution, the author makes it clear that a non-violent and, thus, "democratic" revolution is not at odds with Marxist thought. Based on this finding, he argues that the system of producer cooperatives first theorised by Ward in 1958 and Vanek in 1970 is both a genuine revolution and in keeping with Marxist canons because in its "pure" form it produces a reversal of the traditional capital-labour relation. Moreover, a review of the works of well-known Marxists such as Kautsky and Gramsci is intended to establish if they accepted they idea of a democratic revolution. All these subjects are addressed from the perspective of a political economist, in terms that they are constantly set against the background of the modern economic theory of producer cooperatives. 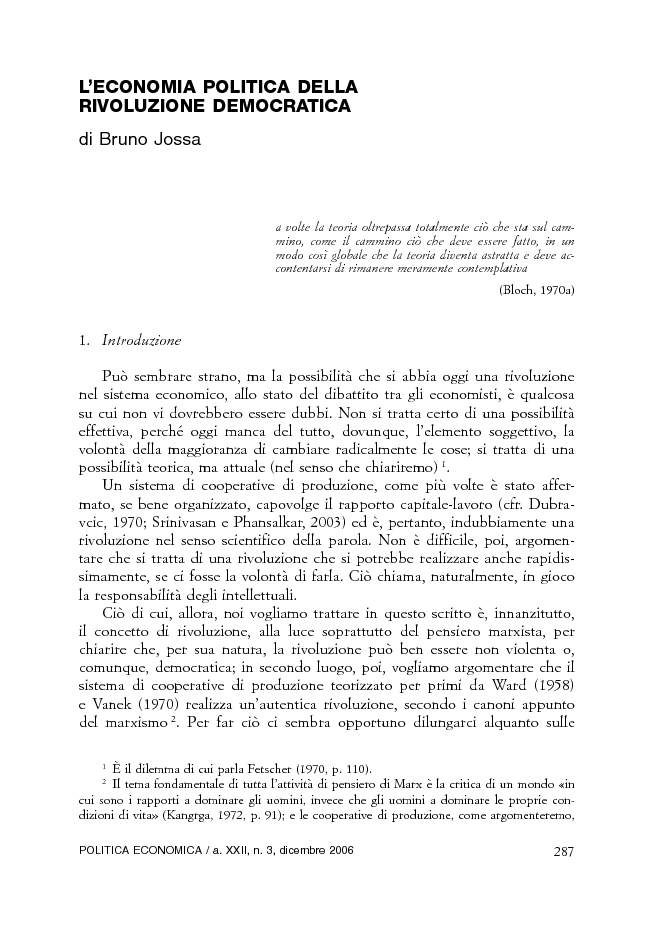