This study deals with the reallocation of firms localized in three important Veneto districts in Romania producing footwear, furniture and industrial refrigeration and air conditioning. The Veneto region has a strong specialization in these sectors at the national level. The footwear and furniture firms present a vertically fragmented structure according to a phase specialization. Firms have moved abroad the practice of sourcing that they were used to practice in the domestic economy. Footwear firms have commissioned to foreign subcontractors part of the productive process, or the whole of it, or have established own productive plants abroad through FDI. Furniture firms have made recourse mainly to FDI with the aim of controlling the source of raw materials (wood) while refrigeration and air conditioning look forward to secure there own space in the growing consumer markets of the East, mainly the Russian market, and commission to local manufacturer only the production of some components. These firms are intensive in capital and technology; the main components are bought on the international market and are assembled in Romania. The product is distributed directly in Romania and in the neighbouring countries and cost reduction is not the main issue. The conclusion discusses some theoretical issues connected with the control of the value chain relations in the three cases examined and questions the standard classification put forward by Gereffi, Humphrey and Sturgeon in 2005. 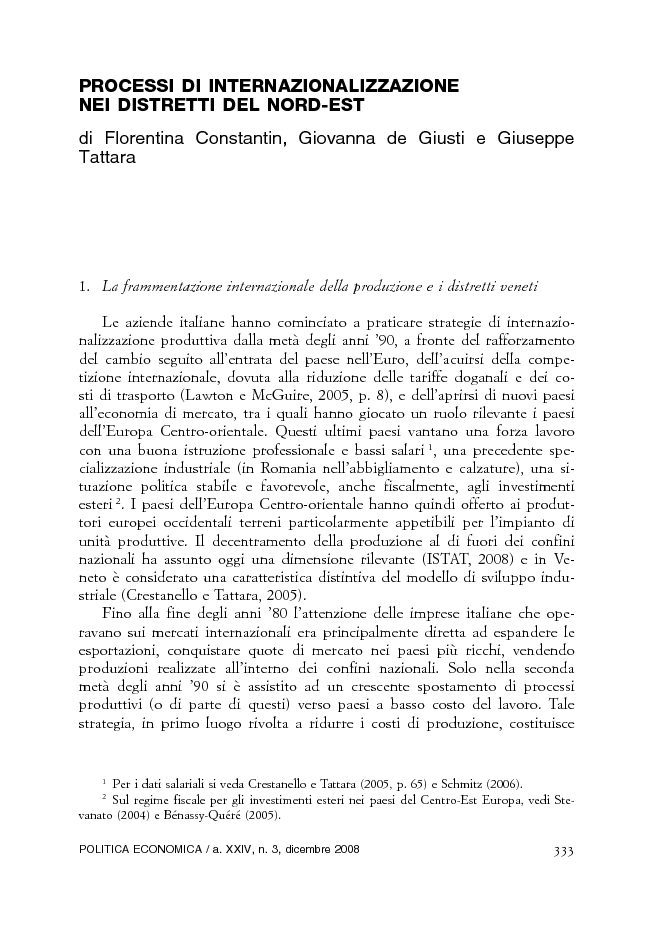