In Italy the labour share of value added, rapidly increased in the first half of the seventies, since the mid-seventies has progressively declined until the beginning of this decade, when reverted its downward trend. In the early nineties the labour share was already back to the levels of the late sixties and declined further until the end of the nineties, due to a rise in both the housing rent share and profit share. Profits were spurred, inter alia, by the privatizations in energy, transport and telecommunication, and finance industries. Since 2001, in spite of a moderate real wage dynamics, the labour share reverted its declining trend because of the stagnation in labour productivity. In the last nine years the rent share has kept increasing, whereas the profit share has declined in all industries but the privatized ones, where it remained stable at the high levels reached at the beginning of this decade. 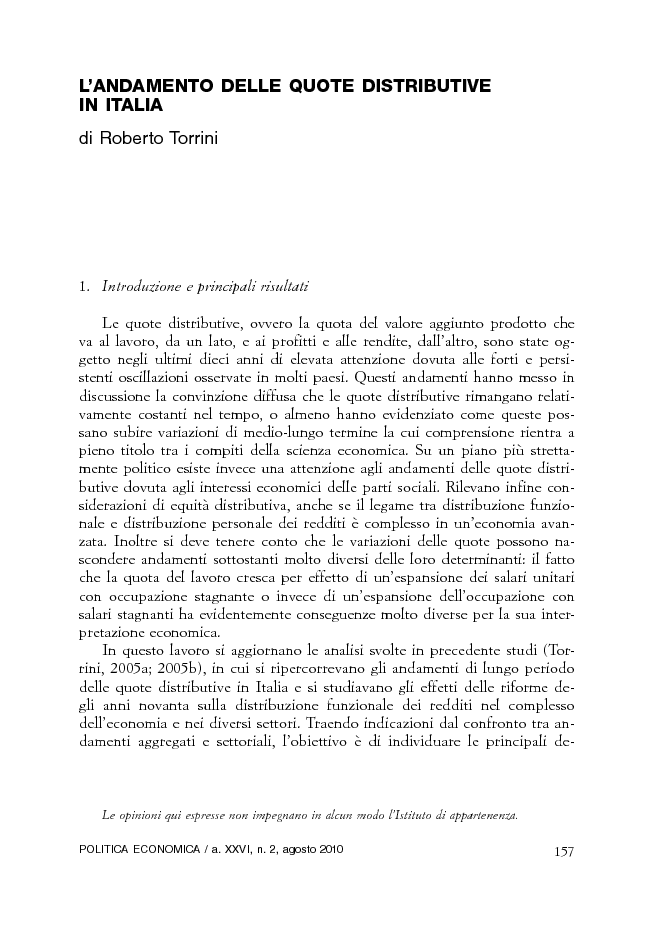