In order to enhance the flexibility of the labour market and to stress the capabilities to create jobs, a progressive liberalization of flexible contracts has been adopted in Italy during the Nineties. This paper provides a description of the transition patterns of temporary workers towards a stable job, identifying the duration dependence associated with a temporary work experience. In other words, the crucial question is the extent to which temporary contracts represent a stepping stone towards an open ended job and whether the Treu law has modified the traditional pattern in terms of duration dependence. I base my empirical evidence on a longitudinal sample of workers in Italy, using an administrative dataset extracted by the social security archives for the years 1992-2002. Empirically, I adopt a single risk proportional hazard model, employing a piecewise constant baseline hazard. I find that the introduction of Treu law has substantially reduced the positive duration dependence in the probability of moving from temporary to permanent job. Additionally, this result is robust to the adoption of several specifications. However, not all temporary contracts show the same pattern: for instance, TWA employment and apprenticeship (in some time spans) exhibit negative duration dependence after the reform, suggesting a less relevant positive effect of continuous employment on the subsequent career paths. 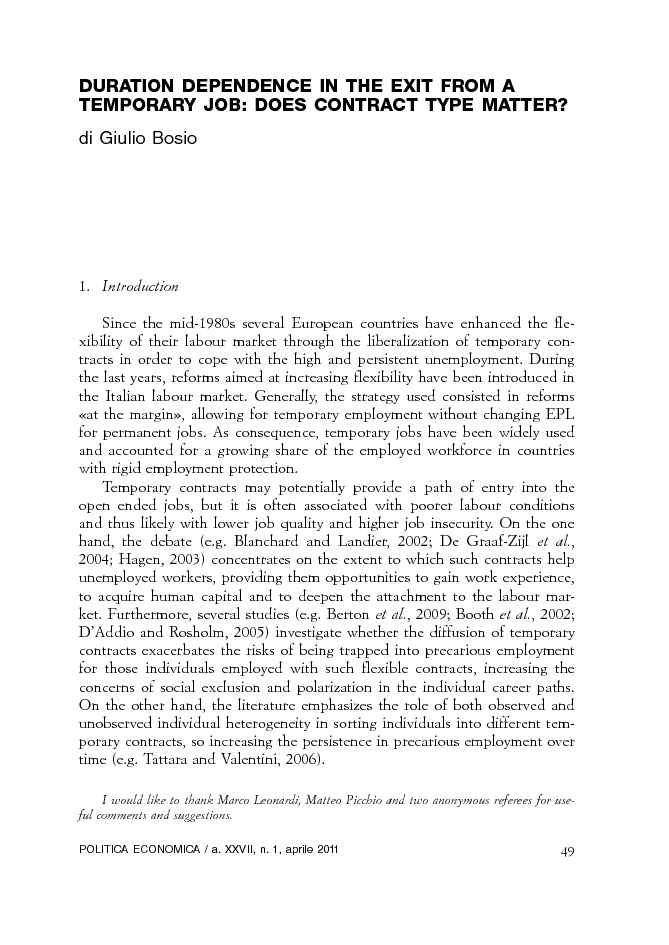