In recent years, in order to rationalize and reduce public expenditures, there has been a global trend toward increasing privatisation and outsourcing of many local services which were previously owned by the public sector. In Italy, this process has occurred particularly at the municipal level, with the Municipality (Comune) as the main shareholder in the majority of cases. For this reason, this phenomenon has been called "Municipal capitalism". Although this novel form of ownership has been the subject of scholarly studies, knowledge of this phenomenon remains fragmented and lacking of a comprehensive analytic framework. Indeed, in order to gain a comprehensive understanding of this topic, it is useful to adopt a two-pronged analysis: the first strand refers to the characteristics of mixed enterprises, their ownership structure and their profitability; the second one refers to the direct or indirect impact of outsourcing on municipal finances. Whereas considerable scholarly attention has been devoted to the first strand of analysis, much less attention has been paid to investigating the direct or indirect impacts of the outsourcing process on local governments' finances. In this paper, we fill this gap by providing empirical evidence deriving from an original analysis of the data set of the Municipal budget documents (Certificati di Conto Consuntivo) from the Italian Ministry of Interior, for all 8100 Italian municipalities, between 2001-2006. 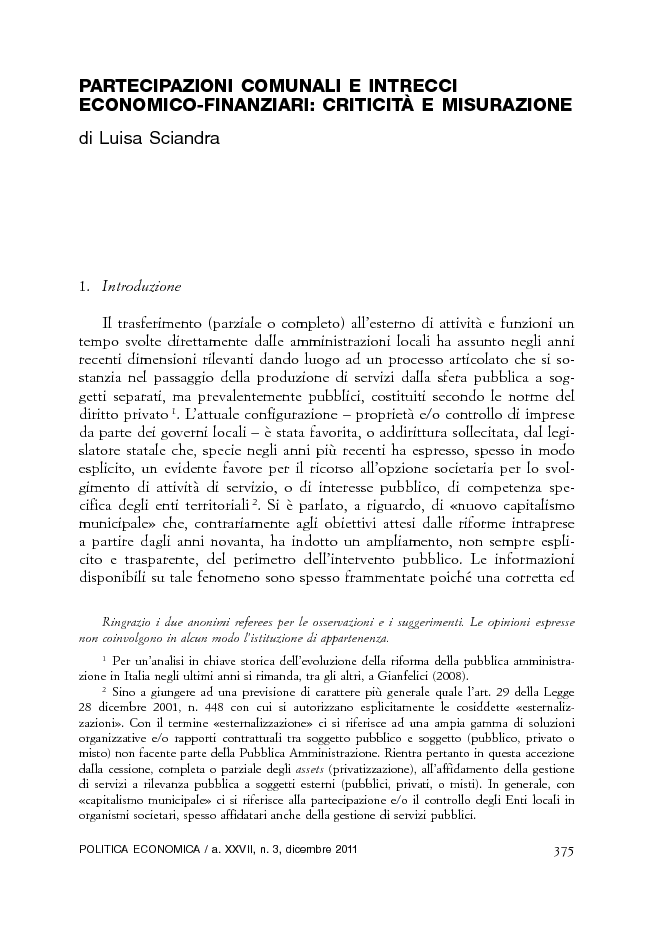