Italian regions can stimulate their economies either by reducing the IRAP's tax rate or by increasing the amount of tax deductions. We have shown, using a partial equilibrium model where firms operate in monopolistic competiton, that the latter manoeuvre is, in general, relatively more efficient than the former. Therefore, an appropriate mix of the two fiscal policies can increase regional added value without worsening the regional budget. Many different deduction schemes could be implemented. The most efficient policy arise when de89 ductions are proportional to the increase of labour. In the short and in the medium run the relative efficiency of the two fiscal instruments, tax rate and deductions, depends crucially on demand elasticity's value. If this value is high, general conclusions do not hold and a tax rate manoeuvre appears more efficient than a manoeuvre based on deductions. In this case regions face a decreasing Laffer curve. In any case a lump sum deduction should not be used. 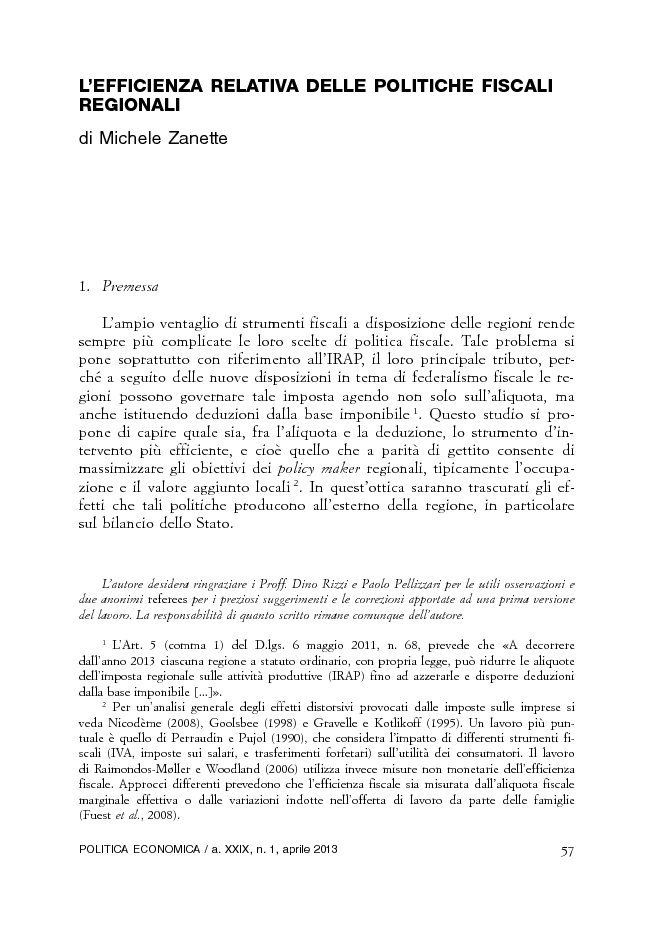