The share of labour increased in the first half of the 1970s, declined slowly to its 1960s level in 2001, and since then has been rising. Between 1975 and 2001, the decline in the labour share was due in part to the recovery in profits, and in part to a steady increase in housing rents on GDP, to 13% of value added (5% in 1975) and almost 40% of capital income (20% in the mid-1970s). Net of housing rents, the share of profits fell to a historical low during the great recession. In the business sector net of housing, recovery of the labour share, magnified by the recent recession, was evident in manufacturing and industries other than regulated sectors (energy, transport, communications and finance), where privatizations and changes to regulation provoked a marked drop in the labour share in the late 1990s. I tentatively explain the trend reversal in the labour share, which started well before the onset of the crises, as due to a compression in the mark-ups on marginal costs and the difficulty experienced by Italian firms to be rewarded for their innovation efforts (product quality upgrading) in a more competitive environment. 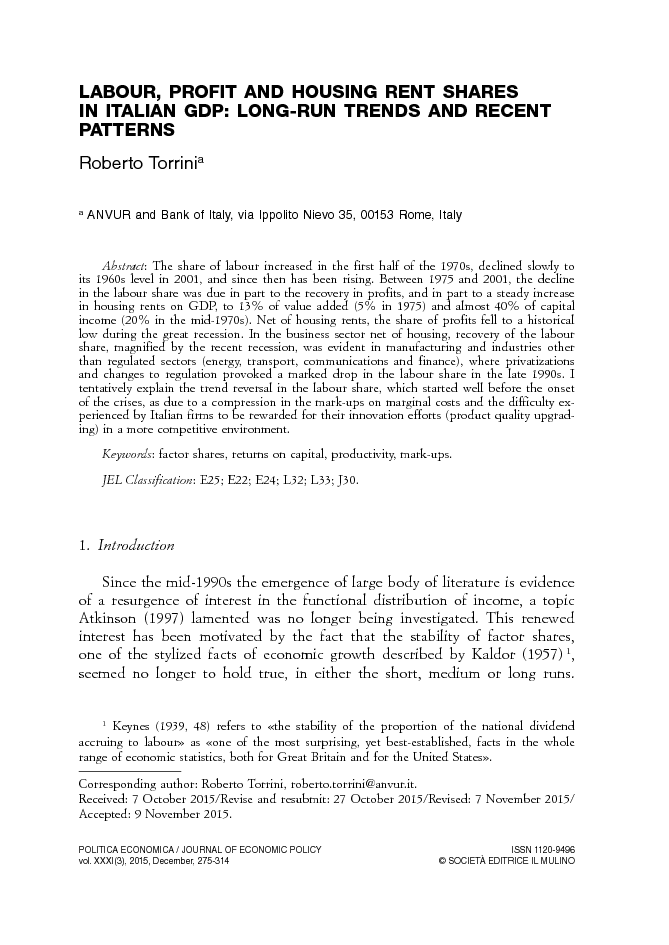