This paper investigates the determinants of tax setting by local governments in the case of a tax system under reform. Its specific focus is on Italy's municipal property tax which was radically reformed in 2012 as part of a broader fiscal consolidation package adopted by the Italian government. Using a cross-sectional dataset of all Italian municipalities, this paper shows that the design and the implementation process of the reform significantly affected municipalities' tax rate setting by municipalities, alongside other, more commonly analysed factors (socio-demographic, economic and political variables, and tax interactions). In particular, we find that the pre-reform regime, the cuts in transfers from central government that accompanied the reform and the uncertainties regarding the amount of tax revenue actually available, all played an important role in shaping local fiscal decisions. 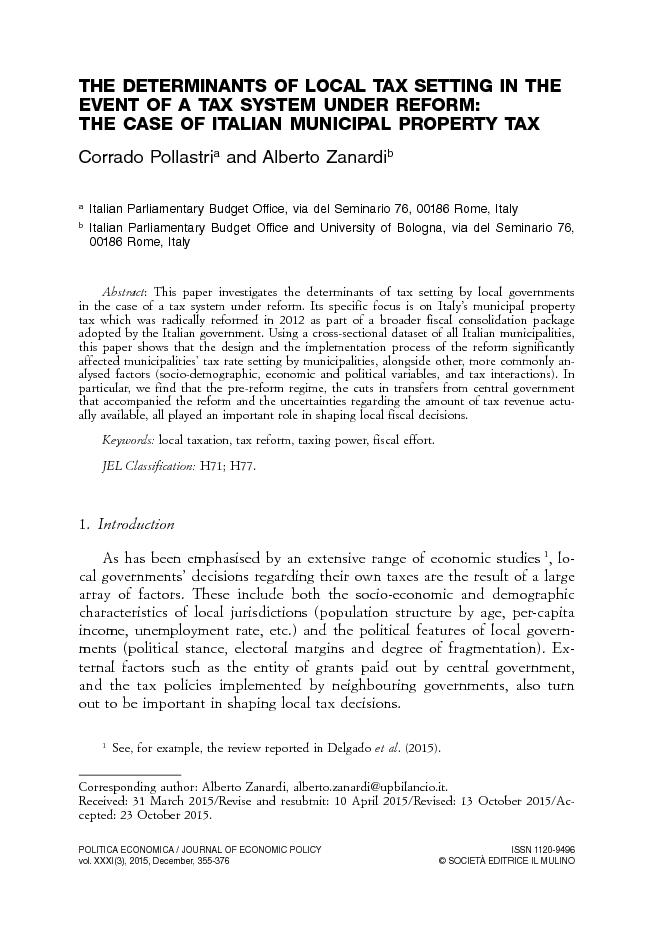