In this article, the sovereign debt crisis, affecting the so called 'PIIGS' group (made up of Portugal, Ireland, Italy, Greece and Spain), is inserted within the context of the structural imbalances characterising the EMU from the start. The main argument is that the global financial crisis, given the structural differences of the different euro-area members States, hit the different states in different ways, de facto acting as an asymmetric shock. This exacerbated the structural problem of competitiveness inherent to the way in which the European Monetary Union was conceived. As such, the sovereign debt crisis can hardly be read as merely a fiscal crisis. On the contrary, it was the result of an already existing problem of sustainability of a structurally asymmetric monetary union made more serious by the economic shock represented by the global financial crisis. 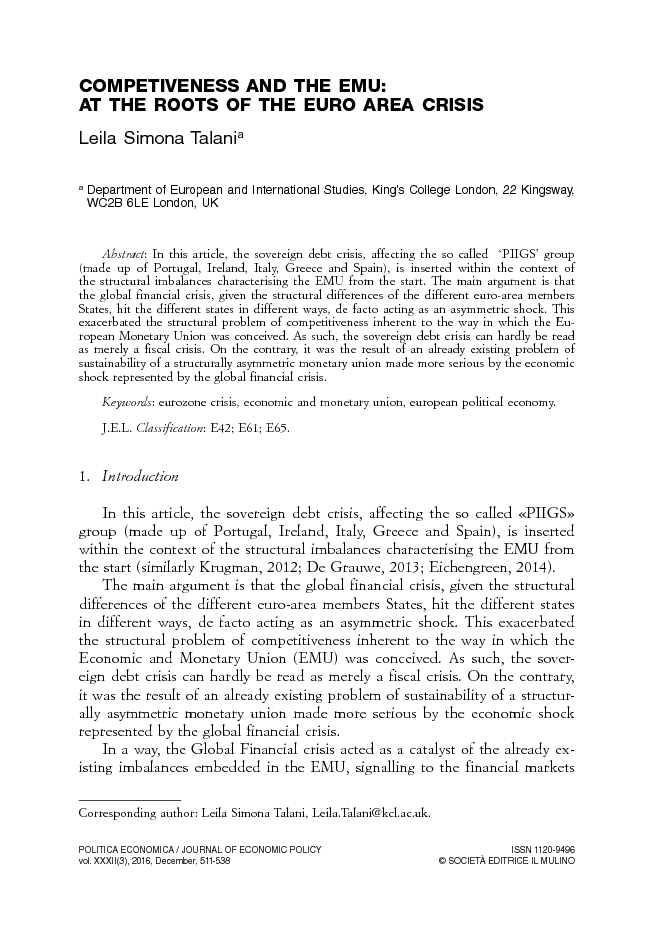