According to Aleksander Gerschenkron (1943; 1970), cases of lacking or lagging industrialisation can be explained by the ostracism of the ruling political class, that fears to lose its power because of the emergence of new economic winners. This paper features a simple model of lobbying, in which industrialisation is depicted as a potential Pareto improvement, i.e. as a technological change that harms a group of economic agents (the landowners) and benefits another one (the group of potential industrial entrepeneurs). The government, on the basis of contributions promised by the two groups and the idiosyncratic component of its objective function, decides whether to block the change. The risk of a political overturn connected to industrialisation is represented by the fact that the government, with some positive probability, does not receive what promised by the industrial lobby in the initial phase of the game. The model is then applied to an historical case, i.e. the protectionist choices the Historical Left ("Sinistra Storica") implemented in Italy during the second half of the 19th century: these choices favoured the agricultural and steel sector, at the expense of the engineering industry. 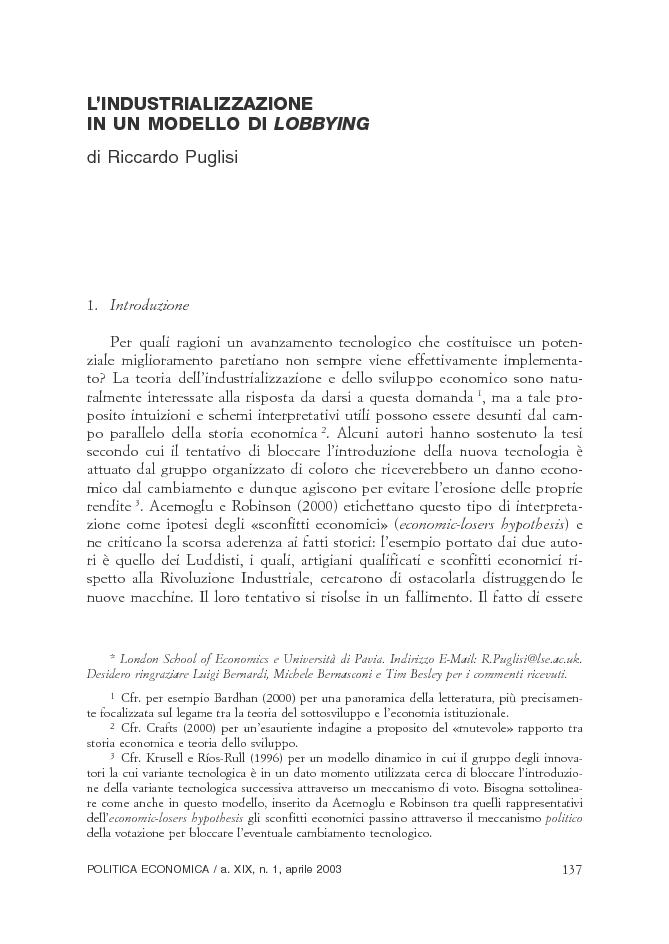