The purpose of this article is to examine the fiscal flows produced by the actions of the Spanish central public sector concerned with Catalonia and their main determinants. We also compare the Catalan fiscal balance with that of rich territories in other countries (Australia, Belgium, Canada, the USA, Spain and Italy). To this aim the article examines, first, whether the methodology used in Catalonia meets international standards; second, whether the Catalan fiscal deficit is indeed among the largest in a sample of territories analysed; third, which are its main determinants. The methodology for calculating fiscal balances is found to be fairly standardised internationally, revealing that Catalonia has a structural fiscal deficit of between 6 and 8 percent of GDP, according to whether the benefit or the flow approach is applied. These figures are a consequence, to a large extent, of the Spanish system of financing the Autonomous Communities. Finally, we briefly discuss whether the fiscal flows can justify, at least partially, the current secessionist process of Catalonia. 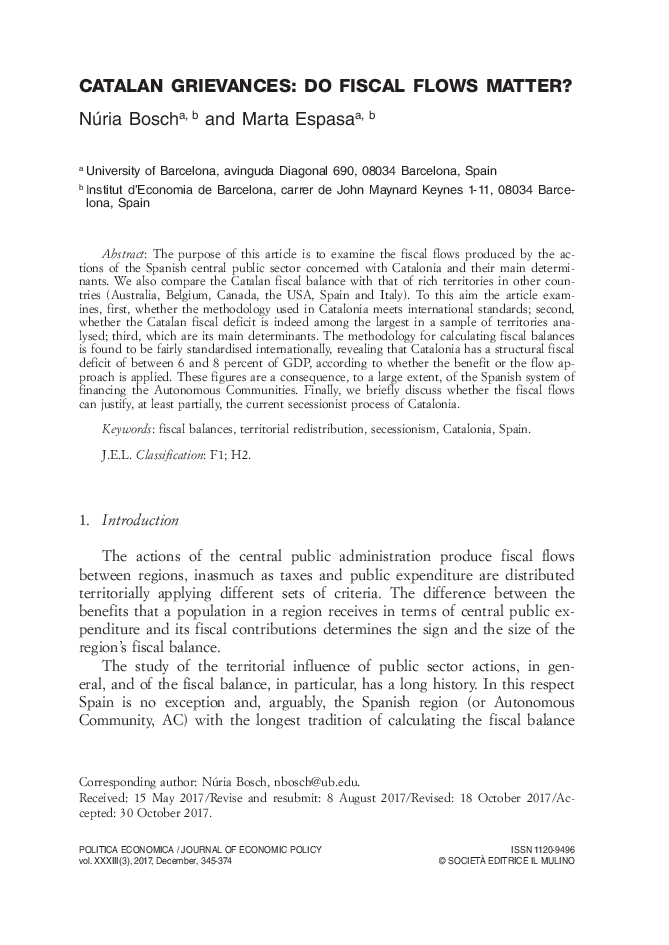