This paper provides new evidence on the size of regional and macro-regional Net Fiscal Flows (NFFs) in Italy and Germany in years 2007-2015, and a tentative evaluation of the interregional redistributive action operated by the public sector through fiscal transfers in the two countries. Although the comparison is made difficult by the limited comparability of data, the investigation shows that on the whole NFFs have been higher and their redistributive impact stronger in Italy. However, this finding is mitigated by a number of considerations. First, the omission of social security balances, which in Germany are likely to be larger and more relevant to overall interregional redistribution, may partly alter the comparison; second, in Italy regional administrative status more significantly affects interregional transfers; third, while the burden for contributing regions increases faster in Italy as relative regional income increases, the threshold from which a region becomes a donor is significantly lower in Germany; fourth, fiscal transfers from high-income Northern to low-income Southern regions have been substantially reduced in the last years. 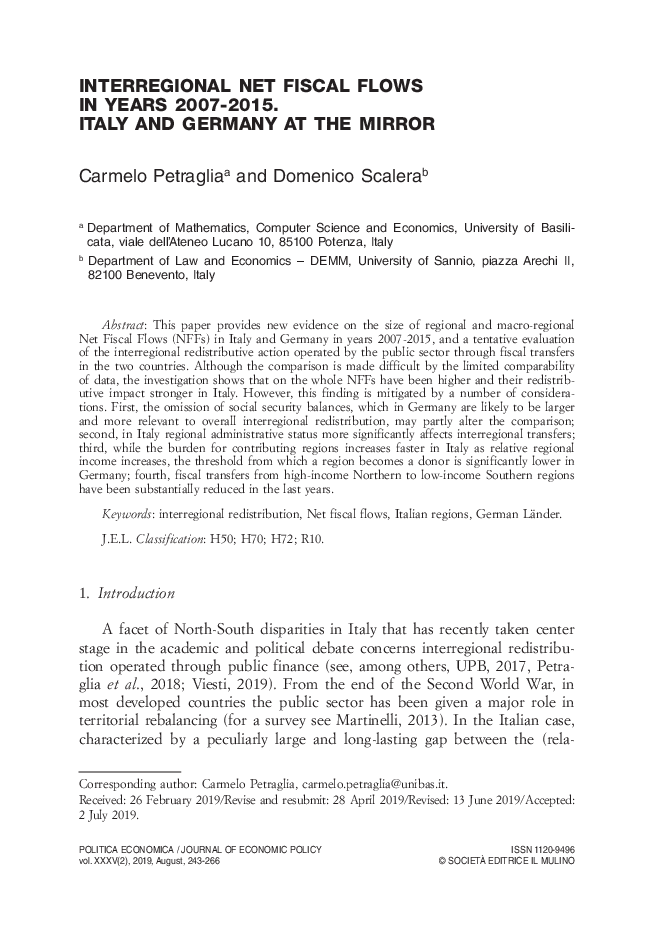