I provide a comparative study of the most frequently used poverty indices, obtained by modifying the welfare indicator (income, consumption, income and/or wealth), the equivalence scale (OECD or square root of the number of components), local deflators and the statistic for the poverty threshold (average or median). I also examine the Equivalent Economic Situation Index (ISEE is the Italian acronym), an administrative indicator used to access social benefits that combines income and assets and has a specific equivalence scale. Using data from the Bank of Italy’s surveys of household income and wealth (SHIW) I first study how the incidence of poverty varies according to different combinations of welfare indicators, equivalence scales and poverty thresholds; subsequently I investigate how the different variants are associated with an indicator of perceived bad economic conditions. The investigation yields a wide variety of results as for the poverty rate and the composition of the poor. The highest association with the perceived poor economic conditions is found for indicators combining income and wealth; the association with consumption is rather weak. 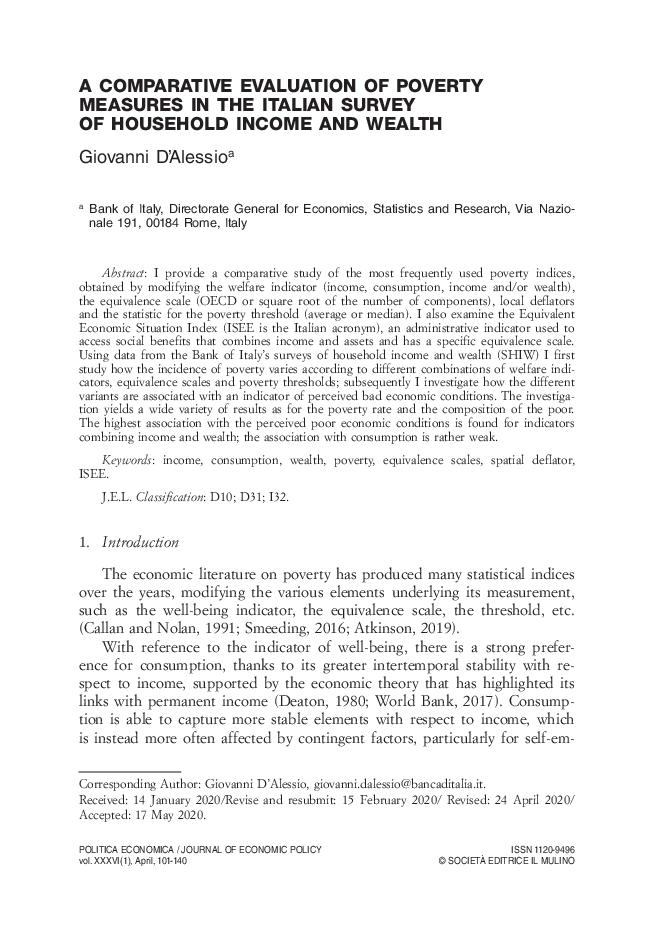