The article analyses the process of the design and implementation of the Integrated Agro-Industrial Parks Initiative, which the Ethiopian Government has identified as one of the main pillars to achieve agricultural modernization, rural industrialization and ultimately the struc- tural transformation of the economy and society in the country. The experience of the Integrated Agro-Industrial Parks is a telling case of the Ethiopian political economy. Hence, the article adopts a political economy perspective to argue that the change in regime that occurred in 2018 opened a window of opportunity for a more constructive policy dialogue that allowed development partners to effectively introduce novel ideas into the policy process, notably, the idea that industrial policy targeting structural change should be designed and implemented adopting a multi-stakeholder and participatory perspective, rather than through the conventional dirigiste, top-down approach that has characterized the Ethiopian developmental state since the late nineties. Policy lessons and remarks are drawn in the conclusions. 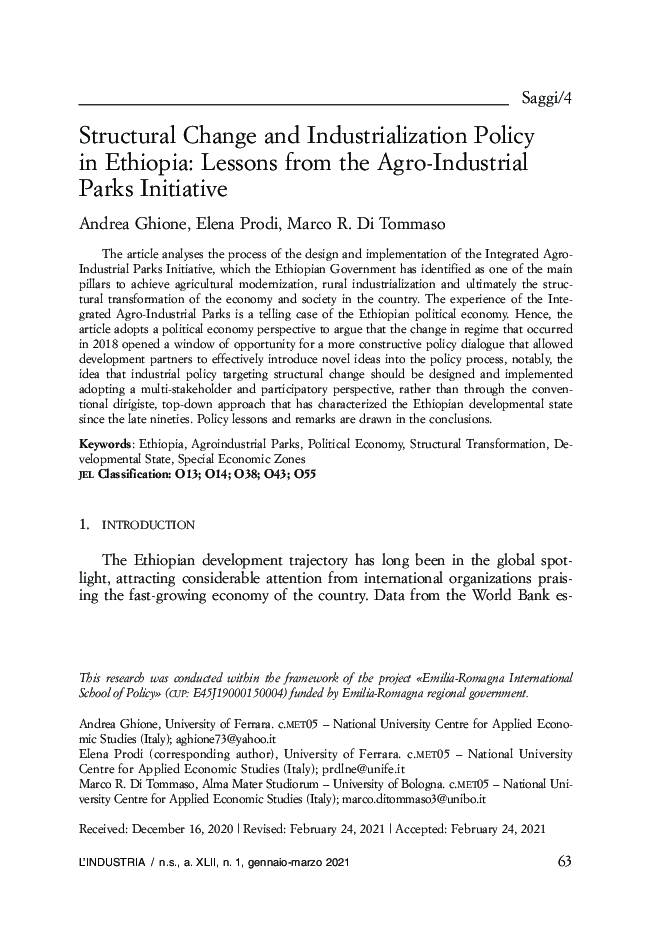