This is an attempt to survey the characteristics of firms in the European biotech industry. Databases of biotech firms on the web are reviewed to prepare a set of names useful for subsequent analysis. More than 650 firms are then chosen, through their patent applications to the European Patent Office and the US Patent and Trademark Office. Counting the number of patents is the first step in evaluating the role of national industry in 11 countries. To avoid unusable cases of patents not strictly related to biotechnology, and measure the scientific commitment of firms, a second analysis is performed with the aid of the ISI Science Citation Index. First of all the number of articles is counted, using a set of keywords broadly identifying biotech topics, and then, with a subset of more strictly defined subjects, the number of citations of the most quoted scientific works is also evaluated. The leading role of Germany, the United Kingdom and France is fully assessed, and the importance of northern countries such as Sweden and Finland, Belgium and Netherlands is also appreciated. Italian firms have demonstrated an interesting commitment to scientific issues, but the industry appears to lack a strong network between small and big business and the scientific institutions. Finally appropriate models proposed by industrial economics are briefly reviewed. The main tools are some contributions of evolutionary theory (ecological organization); the theory of contracts to asses the role of small firms in alliances with big ones, and network analysis. 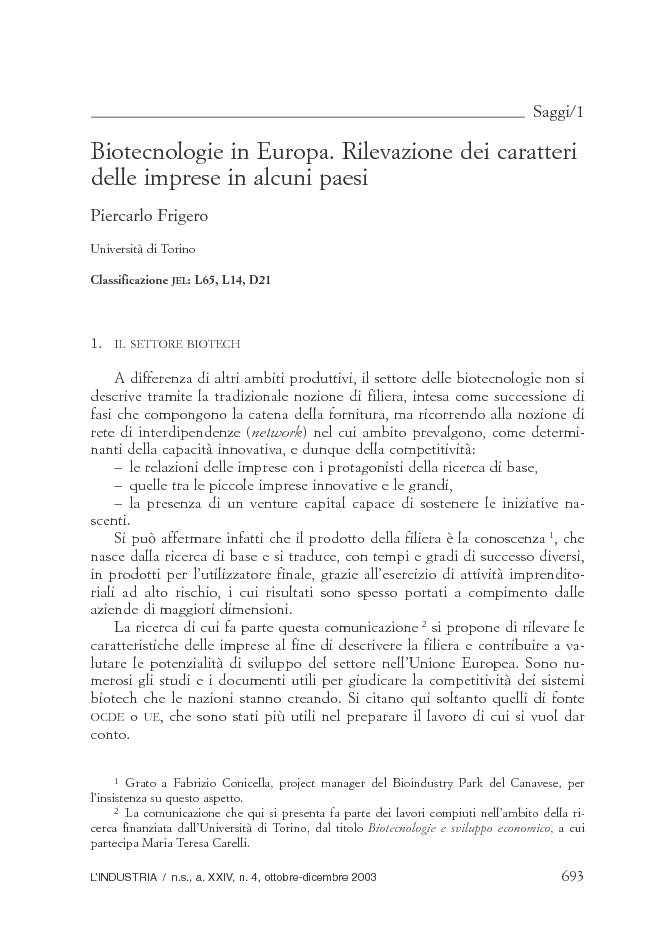