The work examines the political reasons which form the basis of the decisional and normative processes that have lead to the policies of radical transformation of the cycles of study and to the reorganisation of university education model, well known as "3+2". It also analyses the results of these policies and suggests possible alternative solutions. The analysis underlines the role played by political-academic lobbies in the establishment of a new model of university education that is characterized, in contrast to the announcements of the policy makers, by its complexity, and unwieldiness, its discontinuity with the old order and its lack of similarity as regards the other European Countries. From the comparison between the two models emerge, on the one hand, the incongruities and the intrinsic risks of the new model, on the other, the insubstantiality of the claims of failure of the past model that was meant to be dismantled. The implementation of the reform shows how a number of perverse effects and unfavorable implications have been produced, all of which translate into social, economic and cultural costs that seem destined to get worse. Proposals are made for specific policy to improve the tertiary education offer and of his quality level, in alternative to the corrent model, which underline the need for a more careful employment of human resources and greater attention to the organizational and managerial aspects of the universities, are better able to improve the working of the tertiary education system compared to radical reforms of its order. 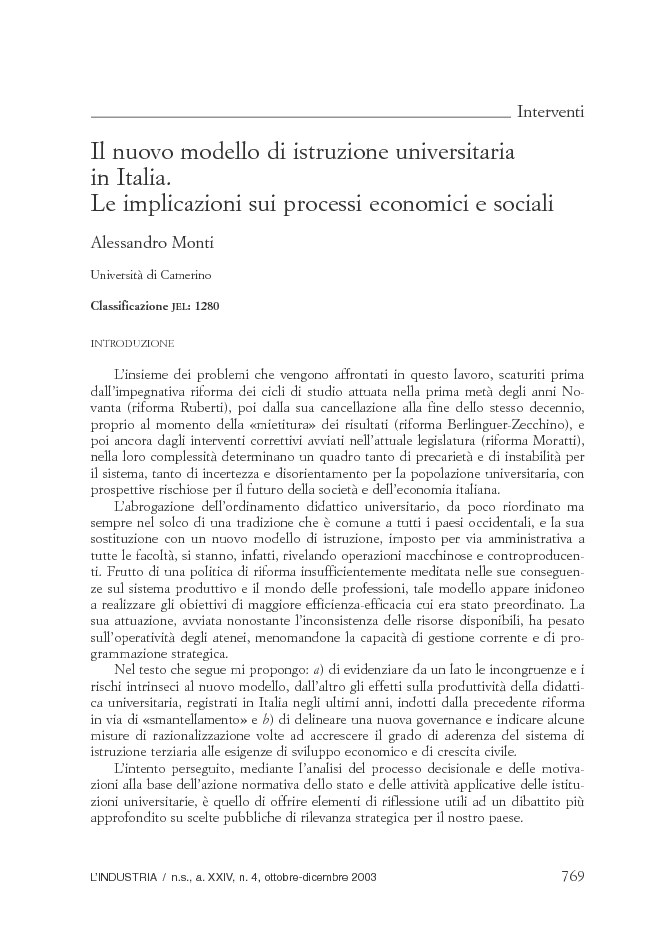