EU enlargement to the East is raising both hopes and fears among countries and industries. The study shows the EU industrial sectors at risk and those standing to gain. As for the impact on our labour market, according to the dominant trade theory, our unskilled labour should be hurt by increased net imports, which would push the labour demand relatively more toward skilled than toward unskilled labour. Utilizing a simplified version of the factor content of trade methodology, the study shows that trade between the EU and the CEECs does not seem to lend support to the widespread fears that these flows might cause serious disruptions to our labour markets. On the contrary, taken globally, this trade should continue to be beneficial, in the sense of exerting overall positive pressures on labour demand. However the relative impact of trade on skilled versus unskilled labour might be different. Here the dominant theory seems to be confirmed only in so far as we take white-collar and blue-collar categories: trade with the CEECs seems to negatively affect the potential demand of blue-collar workers, while the contrary appears to be true for their white-collar counterparts. This appears to strengthen the so-called skill-biased effect of technical change. However, if we further subdivide each of the two former categories into higher and lower skill levels, the only category of the four that appears to receive a potential negative impact at a global level is the blue-collar high-skill. Some possible explanations are proposed for this rather paradoxical result. 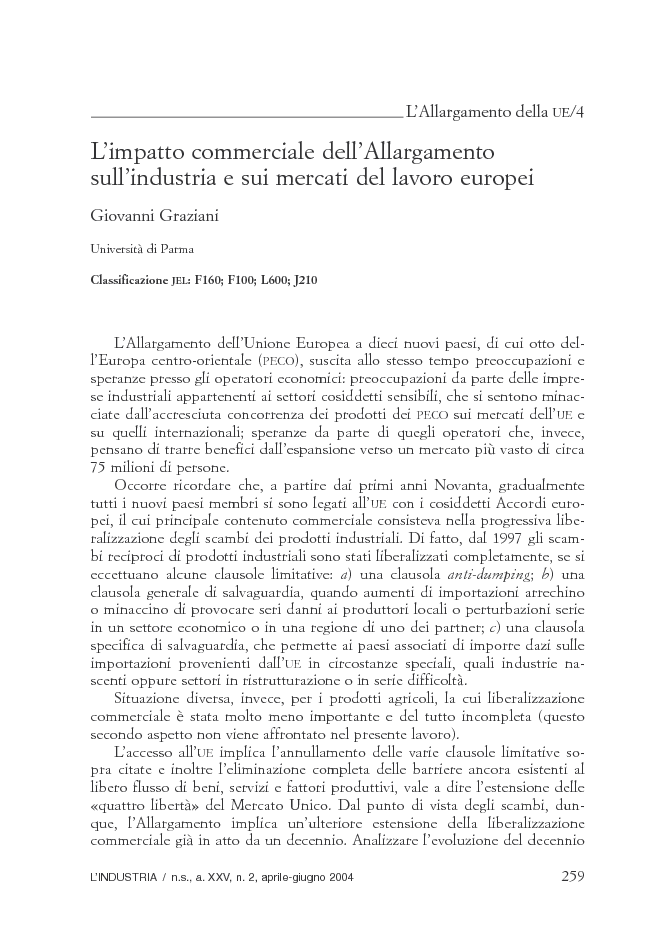