Due to profound changes in the international markets, during the Eighties medium-sized corporations, characterized by a high level of internationalization and an ability to dominate the typical "Made in Italy" sectors in world markets, began to emerge in the Eighties. The origins of these medium-sized corporations can often be found in the traditional production organization of the districts based upon networks and subcontracting. The districts also have other important roles to play, acting as the most important markets and providing an essential leg-up during the first phase of a company's growth, while in other cases, some medium-sized internationally famous companies started off as specialized producers that began to grow and develop after they began to sell their products abroad when internal markets became saturated. Closely linked by many ties to the world of the districts, these pocket multinational enterprises show a considerable degree of similarity and continuity with the diffused model of small entrepreneurship. The transition from small workshop to a "real" enterprise means enlarging a firm's boundaries, adopting a relatively complex organizational structure and to some degree delegating responsibilities to management. However, as in the past, the family still remains in command, as in the past, influencing strategies and controlling the succession. This situation is also due to the fact that the generally good performance of these firms in terms of sales, ROI and ROE means that adequate internal funds are available to sustain expansion, thereby providing continuity in the symbiotic relationship between ownership and control. 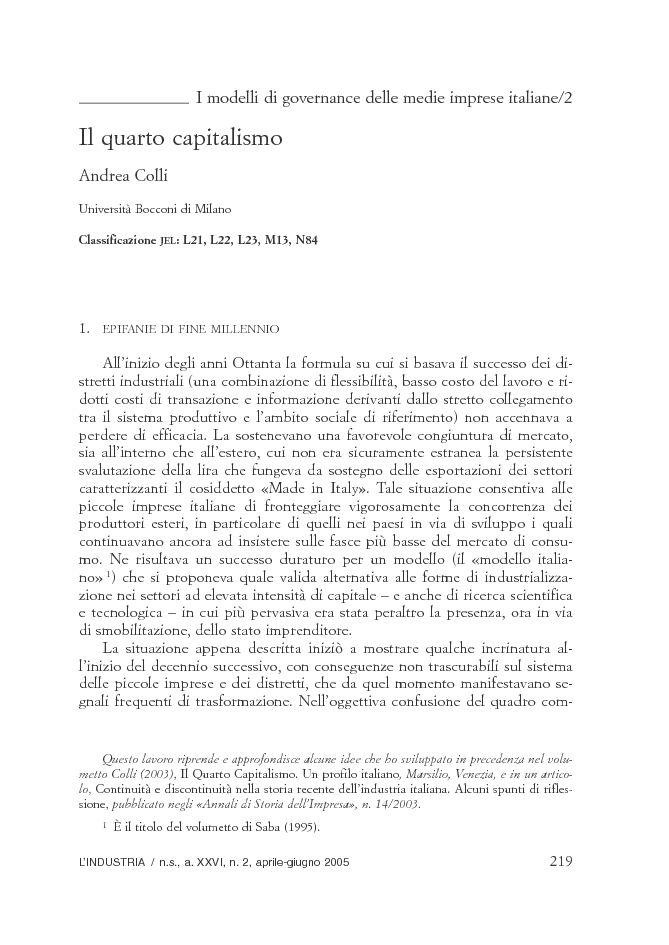